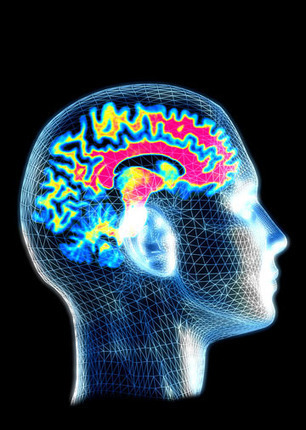 A revolution in brain science has led to the discovery of new ways to stop persistent pain.

Ken Ng was 12 when he had his left leg amputated below the knee to stop the spread of bone cancer. It was the start of a long journey of pain. Phantom sensations from his amputated limb haunted him as a teenager, including stabbing sensations and a vice-like constriction around his stump. It got worse when he moved to Wellington to begin studying for his law degree. By 2009, the sensations flooding in from his absent limb were consuming him.

Each day he downed a succession of prescription painkillers – codeine, tramadol, Neurofen and Voltaren. “I couldn’t really study any more, I couldn’t sit my exams. It made me introverted, I didn’t want anything to do with people. I wasn’t eating, I stopped going to lectures and the tramadol was making me hallucinate.” Ng sought help from his GP, who referred him to Capital & Coast District Health Board’s pain clinic. Luckily for Ng, the clinic had just begun to offer a simple but revolutionary new therapy, which recognises that some types of chronic pain are caused not by tissue damage but by changes in the wiring of the brain. Ng started his treatment with two weeks of computer exercises looking at pictures of right and left legs, and then began mirror therapy.

Ng’s occupational therapist, Maria Polaczuk, seated him with a large mirror positioned upright between his legs so it reflected his whole right leg. “All I could see was two bare normal legs. I massaged my right foot with my hands, manipulated it up and down. I was getting a sense of what a foot felt like.” As he looked at this reflected whole leg in the mirror, where usually he would see an amputated limb, something strange started to happen. “The tingling painful sensation in my stump started to fade and become less prominent.”

After two weeks of mirror exercises, four times a day, the phantom pain disappeared altogether. Now 22, Ng has been able to stop taking painkillers. He has had one brief attack of phantom pain, after a period of stress, but apart from that he experiences only the more routine discomfort of pressure on his stump from his prosthesis. Mirror therapy is one byproduct of a great leap forward in science’s understanding of pain and how it is manufactured in the human brain.

Words are, of course, the most powerful drug used by mankind. Rudyard Kipling spoke these famous words to the Royal College of Surgeons in London in 1923. He continued:Not only do words infect, egotize, narcotize, and paralyze, but they enter…

New studies of the brain show that leaders can improve group performance by understanding the biology of empathy.See it on Scoop.it, via Radical Compassion

What lies behind the ‘spontaneity’ of laughter?   Plato and Aristotle saw it as a tool to topple the mighty. It often accompanies gruesome acts of cruelty. Most of us will use it more routinely – to win friendship and love. So what lies beh…