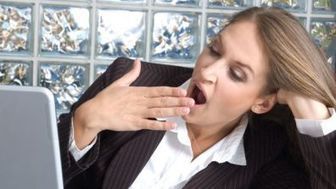 Next time you catch yourself yawning, look around: Did anyone close to you let out his or her own sleepy “ahhh”? Turns out, close friends and family are more likely than acquaintances or strangers to catch someone’s yawns, a new study finds.

The researchers suggest this yawning contagion is, in part, the result of empathy, in which we can attempt to see things from another person’s angle and respond to that person’s emotions.

“I think what the study does is it supports the idea that empathy is the mechanism that underlies contagious yawns,” said Matthew Campbell of Emory University, who wasn’t involved in the study. “The idea is that it’s the same mechanism by which we catch smiles or frowns or fearful expressions.”

While creating an empathetic robot is a long-held dream, understandingwhether humans genuinely empathise with robots should — in theory — be easier. Now, a team of scientists have analysed fMRI brain scans to reveal that humans have si…

You don’t have to watch all 12 minutes of these videos; a snip or two from each and you get it.  Design thinking starts with empathy; understanding the needs of the user, of “the other”.  These 1st graders will remember tha…

When an individual is using the Intuitive Focusing Skill to problem solve at The Creative Edge, Focused Listening by another person can help carry the whole process of articulation forward.Based on Carl Rogers’ Reflective or Empathic Listening, Focused…

The social neuroscientific investigation of empathy has revealed that the same neural networks engaged during first-hand experience of affect subserve empathic responses. Recent meta-analyses focusing on empathy for pain for example reliably identified…