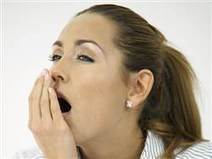 Next time you catch yourself yawning, look around: Did anyone close to you let out his or her own sleepy “ahhh”? Turns out, close friends and family are more likely than acquaintances or strangers to catch someone’s yawns, a new study finds.

The researchers suggest this yawning contagion is, in part, the result of empathy, in which we can attempt to see things from another person’s angle and respond to that person’s emotions.

“I think what the study does is it supports the idea that empathy is the mechanism that underlies contagious yawns,” said Matthew Campbell of Emory University, who wasn’t involved in the study. “The idea is that it’s the same mechanism by which we catch smilesor frowns or fearful expressions.”

Empowerment Through Empathetic LeadershipAnother theme that ran through the conference was the need for empathy in the game development industry: for your team, for your company, and for your audience. Rami Ismail, co-founder of the Dutch gam…

At the surface, it is tempting to say that the cultures of Silicon Valley and Boston promoted a different level of fear of failure. An interesting paper in the September, 2012 issue of Personality and Social Psychology Bulletin by Juliana Breines and S…

“The most vital attribute in the world you’re about to enter is not critical thinking or fluency in another language,” Duncan said. “It’s about whether you’re able to see the world through another’s eyes.&ldquo…