Home » News » Would your life be dramatically improved if you were utterly deluded? – Barking up the wrong tree 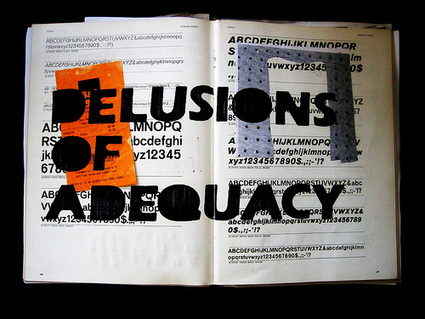 …evidence shows that people who hold pervasive positive illusions about themselves, their abilities, and their future prospects are mentally healthier, happier and better liked than people who lack such illusions.

I’ve posted before about the multitude of benefits delusion can offer:

People with positive illusions about their relationship are more satisfied, score higher on love and trust and have fewer problems.

Overconfidence increases producitivity and improves teamwork.
“Self-deception has been associated with stress reduction, a positive self-bias, and increased pain tolerance, all of which could enhance motivation and performance during competitive tasks.”

Only one problem here: you already are deluded. It’s pretty much our natural state:

Human beings are overconfidence machines. Paul J. H. Schoemaker and J. Edward Russo gave questionnaires to more than two thousand executives in order to measure how much they knew about their industries. Managers in the advertising industry gave answers that they were ninety-per-cent confident were correct. In fact, their answers were wrong sixty-one per cent of the time. People in the computer industry gave answers they thought had a ninety-five per cent chance of being right; in fact, eighty per cent of them were wrong. Ninety-nine per cent of the respondents overestimated their success.

We all probably know people, at work or in our personal lives, who are great at listening and helping us feel more hopeful and optimistic. Like me, you probably know people who are masters at managing their emotions. You find yourself in awe, and wish …

Motivating Sustainable Behaviour…   Along with many other people, I’ve been thinking a lot about how to bring about behaviour change, and looking to psychology, neuroscience and studies on motivation and values for insights.   Here&r…

There seems to be a simple way to instantly increase a person’s level of general knowledge. Psychologists Ulrich Weger and Stephen Loughnan recently asked two groups of people to answer questions. People in one group were told that befo…

What if we’re trying too hard to think positive and might do better to reconsider our relationship to “negative” emotions and situations?See it on Scoop.it, via Radical Compassion