Home » News » Why It’s Imperative to Teach Empathy to Boys 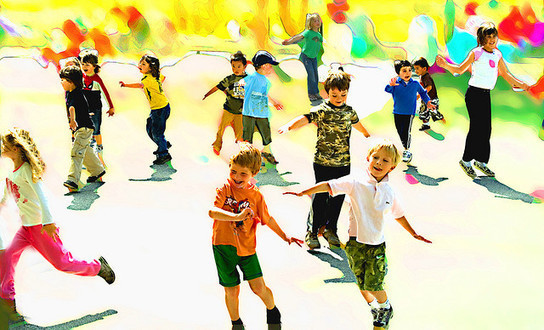 We need to cultivate empathy in all children, but gender stereotypes — often reinforced in playrooms — risk leaving boys, in particular, with a social deficit.

While parents, researchers, and educators decry the lack of STEM toys for girls — and rightly so — what often goes unnoticed is that assigning genders to toys harms boys, as well.

Too often children’s playrooms reinforce gender stereotypes that put boys at risk of failing to gain skills critical for success in life and work. The most important of these? Empathy.

Meg Bear, Group Vice President of Oracle’s Social Cloud, calls empathy “the critical 21st century skill.” She believes it’s the “difference between good and great” when it comes to personal and professional success. Researchers at Greater Good Science Center out of the University of California, Berkeley, echo Bear’s assertion. They define empathy as “the ability to sense other people’s emotions, coupled with the ability to imagine what someone else might be thinking or feeling.

As I wrote in this piece on journaling prompts for self-reflection and self-discovery, part of building a healthy relationship with ourselves is keeping an open and honest dialogue. It’s continually asking ourselves questions and welcoming the an…

UX design expert Dani Nordin shows how developing and communicating empathy produces a more comprehensive and nuanced view of your users that will improve your products. She outlines a practical approach to user research that will help you uncover the …

Learner empathy is critical for all formal education efforts, not just associations.Our goals as educators or learning environment designers should always be to do something “for” learners as opposed to doing something “to” them…

Librarians are peddlers of empathy. We understand that reading is a chemical reaction between reader and writer producing a visceral engagement with the characters that allows us to live the lives of others, if only for for the space of a novel.We know…