Home » News » Why is EMPATHY the key to brand success in the 21st century? 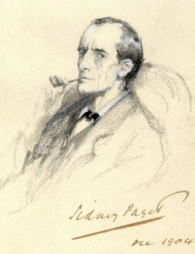 THE PROMISE OF EMPATHYIn 2008, Karina Encarnacion, an eight year-old girl from Missouri, wrote to President-elect Barack Obama with some advice about what kind of dog he should get for his daughters.

She also suggested that he enforce recycling and ban unnecessary wars.

Obama wrote to thank her, and offered some advice of his own:

“If you don’t already know what it means, I want you to look up the word ‘empathy’ in the dictionary. I believe we don’t have enough empathy in our world today,   and it is up to your generation to change that.”

Nurses must learn to be more compassionate, ministers have said, as they announced a review of training and a drive to recruit older workers with more “life experience”.Jeremy Hunt, the Health Secretary, said changes were needed to tackle s…

One big question in clinical settings is whether or not you can teach empathy for greater patient compliance and success. The answer is ‘yes’. And the Empathy Matrix provides you with 3 steps to put empathy into practice now.build better trust, even wi…

From the halls of Congress to the halls of our local schools, people tend to interact only with those who are just like them. They rarely understand issues from other points of view because they rarely spend any time with people who have had life exper…