Home » News » ‘Why Focus on Empathy?’ By Professor Lorraine Gamman – design against crime 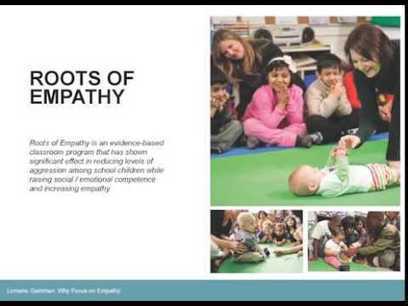 Professor Lorraine Gamman focuses on the different degrees of empathy and why these are important for design.

Lorraine Gamman is Professor of Design at the University of the Arts London; She founded the award-winning Design Against Crime Research Centre at Central Saint Martins in 1999 that has delivered many student projects and been supported by external funding between 2000-2015 from the AHRC, ESCRC , EPSRC and the Design Council/Home Office, to deliver numerous academic outputs.

It is unrealistic to expect compassion from others when we are abandoning ourselves. If you want to experience the power of being “grokked” by others, you first need to “grok” yourself!   The Oxford English Dictionary defines grok as “to understan…

Are animals empathetic? World famous Koko the Gorilla, said to have mourned the death of comedic legend Robin Williams, reignites the debate over just how much empathy animals can muster, even across speciesSee it on Scoop.it, via Empathy and Compassion

How to Practice part 1: ListeningLike going to the gym, you can workout to develop your empathy muscles (assuming you’re not a clinical psychopath). It’s harder than you might think; being aware of yourself, listening to what is being said …