Home » News » Why empathy in the classroom is so important 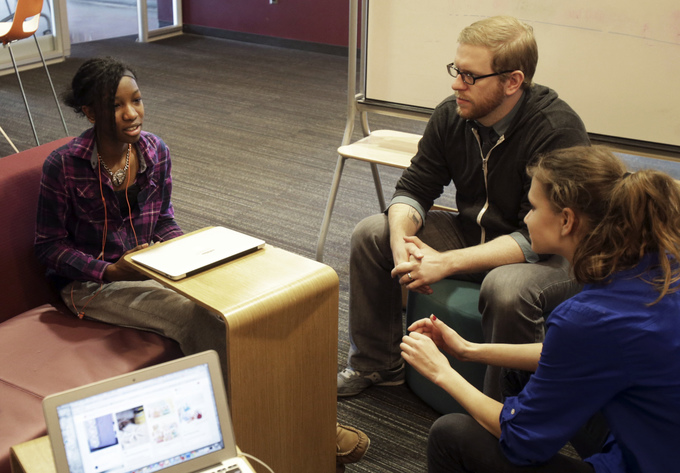 A new study out of Stanford shows that when teachers maintain an empathetic mind frame, students are less likely to be expelled.

The study was conducted by Jason Okonofua, Stanford psychology post-doctoral fellow and lead author on the paper, psychology researcher David Paunesku, and Stanford associate professor of psychologyGregory Walton and was published in the Proceedings of the National Academy of Sciences of the United States of America.

According to a press release on the study, these results came from the culmination of three separate experiments on inspiring empathy in teachers. ….

Approaching discipline with empathy works it practice too, according to 2016 Teacher of the Year Jahana Hayes. In an interview with the Huffington Post, Hayes explained that students need to be allowed to be kids and to handle problems from the point a student is at, not the point an educator feels the student should be at.

The winners of the Ashoka Changemakers Activating Empathy competition discuss empathy in our education systems and how we can all work together to ensure all students learn this important skill.   http://j.mp/MsQC1v See it on Scoop.it, via Em…

“We are so caught up in the seemingly intuitive notion that we are all billiard balls of individual egos, bouncing off of one another in the cacophony that is society, we never stop to look at how this idea utterly fails in providing a truly nuanced an…

The “power of empathy” might seem touchy-feely but science is showing it can be the key to a happier, more successful life. Here’s what you need to know.See it on Scoop.it, via Empathy and Compassion

Do you treat yourself gently? Do you acknowledge the sources of distress in your life? Learn self-compassion and begin to heal. This article is the third in a series that aims to look at the concept and development of self-compassion. We&rsq…