Home » News » Why a problem shared is a problem DOUBLED: Empathy is so strong in humans that we confuse our friends’ worries with our own 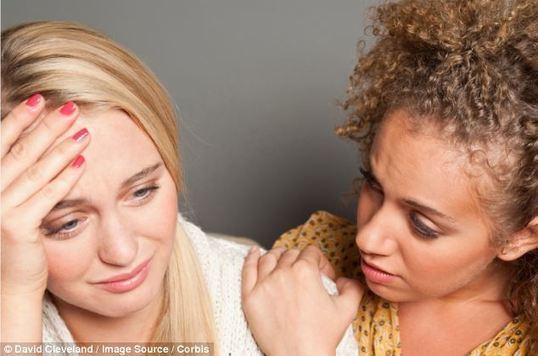 University of Virginia research, which used MRI scans of 22 people’s brains, found a person’s self comes to include people that they feel close to.

* U.S. scientists have discovered a person’s self comes to include people that they feel close to

* Scientists used MRI scans to examine 22 people under threat from electric shocks to themselves, a friend and a stranger

A new study has added to a growing body of scientific evidence that the human brain is not only hardwired to empathise with others, but does this so strongly that individuals cannot differentiate between what happens to a close friend or family member and themselves.

Scientists found humans are hardwired to empathise as we associate with people emotionally close to us, but are largely incapable of empathising so strongly with strangers.

Design Kit: Introduction to Human-Centered Design: An Online Workshop more: http://j.mp/1RjYXs7 You’re invited to learn about and apply human-centered design in this workshop. Using the process and tools developed by…

About the use of games to tell stories and draw emotion out of the player, beyond basic entertainment! More from Magfest: https://www.youtube.com/playlist?li…See it on Scoop.it, via Empathy and Compassion

It was while working with students in Bogotá, Colombia, that she had a flash of insight — that movement, dance and other forms of kinesthetic learning increase student engagement and serve as an organic and effective means of teaching empa…