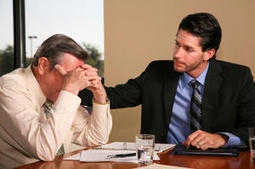 To most of us, the idea that empathy is a good thing is a no brainer. The more we empathize with the plight of others, the more ethical and moral we behave towards them. Yet a number of psychologists and philosophers reject this view. Empathy is “narrow-minded, parochial, and innumerate” claimed Paul Bloom, a Yale professor of Psychology in a recent New Yorker article (May 20, 2013).According to Jesse Prinz, Distinguished Professor of Philosophy at City University in New York “…empathy is prone to biases that render <moral judgment> potentially harmful.”

Academics who distrust empathy seek to improve public policy by making us aware of inherent biases in human reasoning. As Bloom and Prinz point out, people have very different reactions to the suffering of individuals than to the suffering of unseen groups. We are happy to donate to save an individual but not willing to raise our taxes to save larger numbers of people. Because of this inherent “bias” in human nature, these critics argue, empathy is at best a starting point—a motivationto get us thinking –but then reason and deliberation should take over and dominate the subsequent discussion, judgment, or policy-making.

Rats express empathy in ways that are familiar to humans. There are always “surprises” emerging from studies of the cognitive, emotional, and moral lives of nonhuman animals (animals) and among the discoveries that received a good deal of attenti…

Two separate studies have recently demonstrated that humans can, in fact, empathize with their robotic counterparts. Although some theorize that they could one day take over the world, one group of scientists was curious about whether humans are …

An interview with Dr. Lawrence ShapiroEver had one of those vulnerable days when a little empathy was enough to make you feel anchored? Empathy is an essential component of a civilized society.Are children born empathetic, or is it taught? We are born …