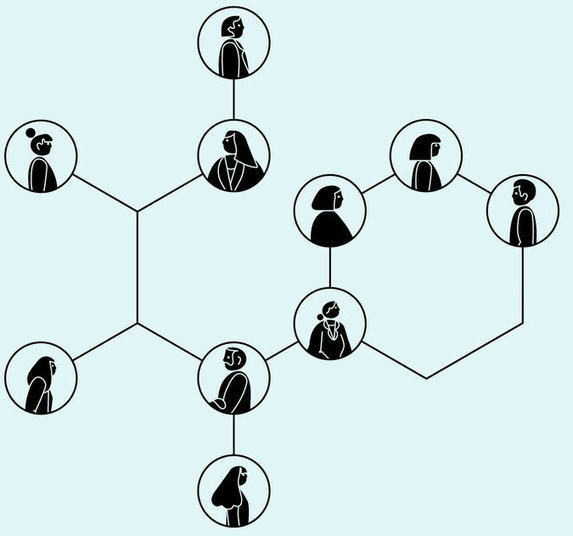 First, on the good teams, members spoke in roughly the same proportion, a phenomenon the researchers referred to as ‘‘equality in distribution of conversational turn-taking.’’ …

Second, the good teams all had high ‘‘average social sensitivity’’ — a fancy way of saying they were skilled at intuiting how others felt based on their tone of voice, their expressions and other nonverbal cues. One of the easiest ways to gauge social sensitivity is to show someone photos of people’s eyes and ask him or her to describe what the people are thinking or feeling — an exam known as the Reading the Mind in the Eyes test.

People on the more successful teams in Woolley’s experiment scored above average on the Reading the Mind in the Eyes test. They seemed to know when someone was feeling upset or left out. People on the ineffective teams, in contrast, scored below average. They seemed, as a group, to have less sensitivity toward their colleagues.,,

The behaviors that create psychological safety — conversational turn-taking and empathy — are part of the same unwritten rules we often turn to, as individuals, when we need to establish a bond.

And those human bonds matter as much at work as anywhere else. In fact, they sometimes matter more…

There are many reasons why parents should consider teaching empathy and nurturing emotional intelligence in their kids. In basic terms, empathy is the ability to be able to put oneself in someone else’s shoes and understand that person’s em…

In my article in the magazine this week, I made the case against empathy. Our capacity to put ourselves in the shoes of others—to feel their pain, to make their goals our own—might well be essential for intimate relationships. Nobody w…

Anxiety is not your fault. There are many factors that contribute to developing a mind that is prone to intense anxiety, and if you have such a mind, there are many things you can do to change the way it works.   by Dennis TirchSee it on Scoop.it…

Now, I realize there are a lot of woman like me and that it might be easy for her to categorize me. But that’s not the point. My point is she lacked empathy.Empathy is the capacity to recognize emotions that are being experienced by others.&…