Home » News » We May Have Been Wrong About Autism And Empathy 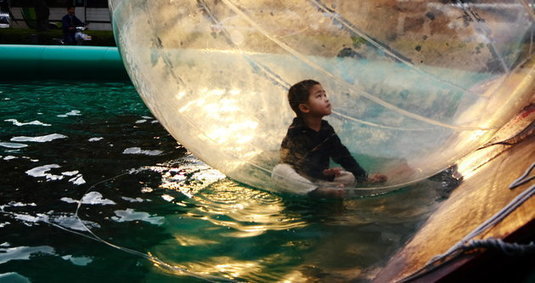 People with autism make moral decisions in a similar manner to those without the condition, according to a new study.

Individuals with autism are often stereotyped as being socially disengaged and lacking in empathy, which has increased stigma against the disorder.

When faced with moral dilemmas, they show an empathetic response similar to those without the condition, Dr. Indrajeet Patil, a social neuroscience researcher at the International School for Advanced Studies in Trieste, Italy, and a co-author of the study, told The Huffington Post in an email…

The trait that can sometimes lead individuals with autism to be seen as cold or lacking empathy is called alexithymia, which roughly 50 percent of people with autism and 10 percent of the general population have. It’s caused by differences in emotion processing and results in an inability to understand one’s own emotions and the emotions of others.

Ultimately, by recognizing the multifaceted relationship between empathy and narcissism, and moving away from an all or nothing belief that those with NPD simply lack empathy, therapists may better understand narcissistic patients’ behavior and m…

Although there are many reasons why empathy is so important, the core reason is quite simple: ultimately, everything in business comes down to relationships.Training for EmpathySome of the tools we can employ to develop our empathy skills include the f…

No, America does not have a gun problem. Americans have an empathy problem.I feel as though I have to define that word. So few people seem to have a grasp of what it means. In my eyes, anyway.Empathy is the means, ability and will to consciously consid…