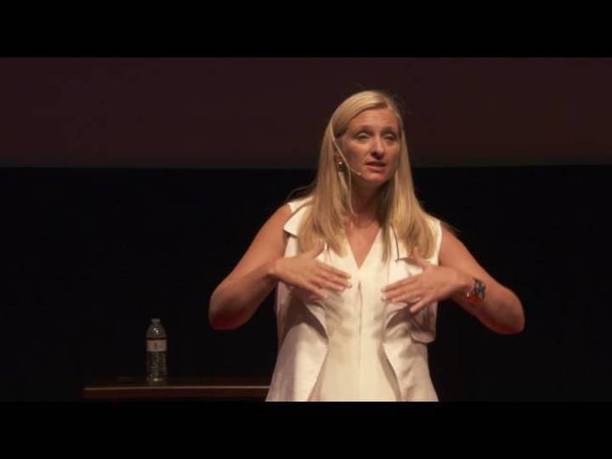 “Do you understand that in the event you are taken hostage, you will not be negotiated for?” rang in Kris’ ears as she entered San Quentin for the first time.

In this compelling and emotionally impactful talk, Kris addresses the question of “How are we doing Prisons?” in the USA. In the $80 billion American prison system, the answer is ‘not well.’ Since 1980 there has been a 400% increase in incarceration & protection expenses, and a 13% decrease in higher education in America, with 1 in 34 Americans either in prison, on probation, or on parole.

In the Guiding Rage Into Power program (GRIP) Kris has worked with a group at San Quentin whose cumulative time-in-prison amounts to 742 years, yet when they added up the total time of the actions that put them in prison, it was a but a blip – a miniscule 25 minutes of acting in anger.

What happens between anger and a crime? Sitting in the fire, asking this question, is about sitting in pain and discomfort long enough to let it teach you.

Gay Leah Barfield was a Fellow of Center for Studies of the Person for nearly 30 years where she created one of the first Women’s Centers in San Diego, as well as the 22 year long series of “Living Now” Summer Institutes.  With Carl R. Rogers…

Demonizing your political opponents doesn’t change anyone’s mind, but empathy can. By Doug Muder  uuworld.org I came to reject those views not because I lost arguments, but because I gained experience and grew in empathy. I rem…

Mitt’s right. Obama won because of “gifts.” Okay, maybe Mitt was trying to say President Obama bought the election, so I guess he wasn’t really right. The gifts I am talking about come at birth or are developed in one’s upbringing. I am talking about g…

What Does the Bible Say About Empathy? Should Christians Be Able to Empathize With Others?The Scriptures refer to the quality of empathy, which we see demonstrated in several biblical narratives. Empathy is the capacity to feel another person’s f…