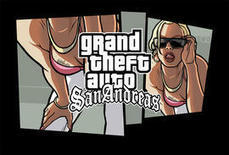 A team of researchers in Italy and the United States found that a group of male high schoolers in Italy who played Grand Theft Auto reported feeling less sympathy when shown photos of female victims of violence.

“One of the best predictors of aggression against girls and women is lack of empathy,” reads the study, conducted by researchers from the University of Milano Bicocca in Italy and Ohio State University in the US and published Wednesday in the journal PLOS One. “The present research shows that violent-sexist video games such as GTA reduce empathy for female violence victims, at least in the short-term.”

“This reduction in empathy partly occurs because video games such as GTA increase masculine beliefs, such as beliefs that ‘real men’ are tough, dominant, and aggressive,” the study reads. “Our effects were especially pronounced among male participants who strongly identified with the misogynistic game characters.”

The young men who showed less empathy were also the ones most likely to have agreed with the statement, “When I am playing, it feels as if I am my character.”

Jola et al. make the interesting observation that experienced viewers of ballet, even without physical training, covertly simulate the movements for which they have acquired visual experience, their empathic abilities heighten motor resonance during da…

This week The School of Life impressively managed to attract 2000 people to a special event about Empathy in Australia, filling the Melbourne Town Hall.The event centered around Roman Krznaric’s new book Empathy: Why It Matters, and How to G…

But beyond the questions about the relationship of free speech, protest, the possibility of creating safe spaces on campus, and the right to offend, lurk questions that have less to do with the First Amendment than with a spectacula…

Yes, even rats have feelings. Here’s how we know.Throughout her career as a neurobiologist, Peggy Mason has been told over and over that the rats she experiments on are not capable of empathy. Only humans and other primates can understand the emo…