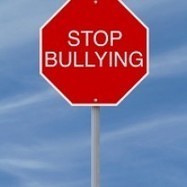 The Parent Advocacy Coalition for Educational Rights launched an online curriculum on October 1, 2013, for students to learn how to address and stop bullying.

Children and teenagers who bully others exhibit “a lack of appropriate concern for the other, commonly considered a lack of affective empathic concern” (Borgwald & Theixos, 2013).

Various efforts have been launched over the years in an attempt to eradicate bullying behaviors and rehabilitate those who engage in it. Some are more effective than others. In a recent article published in Social Influence, the authors argue that the federally instituted “zero-tolerance policies,” which involve systematic punishments and expulsions to deal with bullying are “ineffective, counterproductive, and unjust” (Borgwald & Theixos, 2013). They instead suggest the implementation of “inclusion and empathy training” as an effective approach for integrating those identified as bullies in the school system and community at large.

Empathy-driven behavior has been observed in rats who will free trapped companions from restrainers. This behavior also extends toward strangers, but requires prior, positive social interactions with the type (strain) of the unfamiliar individual, repo…

Thupten Jinpa explains the uses of compassion and its encouragement.The Dalai Lama is one of the world’s foremost speakers for peace, and Thupten Jinpa has frequently been by his side, speaking the actual words. See it on Scoop.it, via Empathy and…

The researchers claim their findings are due to the fact that “empathetic understanding for primary low-level physiological challenges (as well as more complex emotions) are grounded in somatic simulation,” or in human speak: we feel f…

Living with Uncertainty is a research fellowship project funded by the ESRC and AHRC as part of the wider RCUK Global Uncertainties Programme. www.globaluncertainties.org.uk Rationale for the project Increasingly mobile and transient societies present …