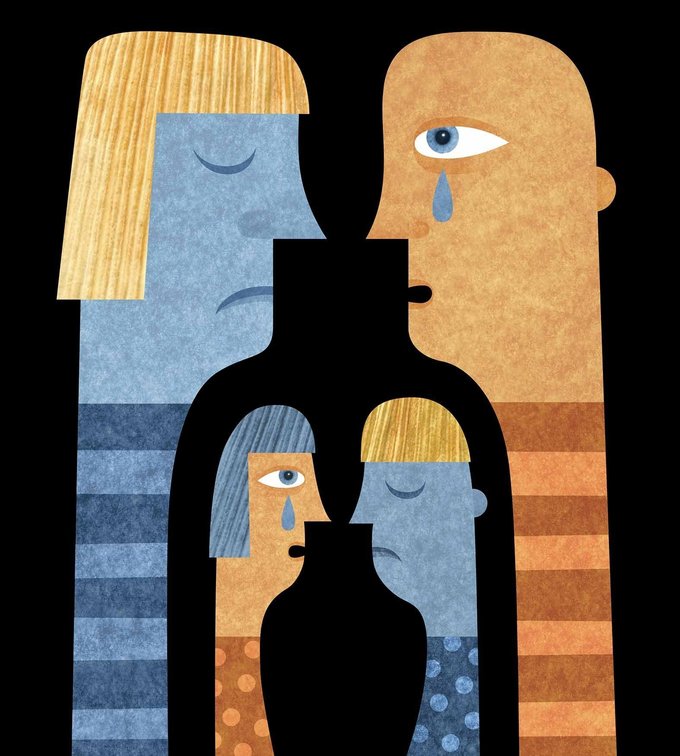 How do children develop prosocial behavior – “voluntary behavior intended to benefit another” – and is there a way to encourage it?

The mother was trying to hold the baby still, and I was pulling gently on the ear, angling for a better look at the infant’s eardrum. The wriggling baby didn’t like any of it, and her whimpering quickly turned to full-fledged wails.

Suddenly the baby’s 3-year-old brother, an innocent bystander in no danger of having his own ears examined, began to wail as well, creating the kind of harmonic cacophony that makes passers-by wince in recognition. And the poor mother, her hands full, could only look over and reassure him: Your sister is O.K., don’t worry, don’t feel bad.
But really, was that why the 3-year-old was crying? Was he tired and frustrated, scared by the noise, jealous of his mother’s attention? Or was he, in fact, upset because his sister was upset — an early step toward empathy, sympathy, kindness and charity?

The capacity to notice the distress of others, and to be moved by it, can be a critical component of what is called prosocial behavior, actions that benefit others: individuals, groups or society as a whole. Psychologists, neurobiologists and even economists are increasingly interested in the overarching question of how and why we become our better selves.

How do children develop prosocial behavior, and is there in fact any way to encourage it? If you do, will you eventually get altruistic adults, the sort who buy shoes for a homeless man on a freezing night, or rush to lift a commuter pushed onto the subway tracks as the train nears?
Nancy Eisenberg, a professor of psychology at Arizona State University, is an expert on the development in children of prosocial behavior, “voluntary behavior intended to benefit another.” Such behavior is often examined through the child’s ability to perceive and react to someone else’s distress. Attempts at concern and reassurance can be seen in children as young as 1.

Dr. Eisenberg draws a distinction between empathy and sympathy: “Empathy, at least the way I break it out, is experiencing the same emotion or highly similar emotion to what the other person is feeling,” she said. “Sympathy is feeling concern or sorrow for the other person.” While that may be based in part on empathy, she said, or on memory, “it’s not feeling the same emotion.”

By itself, intense empathy — really feeling someone else’s pain — can backfire, causing so much personal distress that the end result is a desire to avoid the source of the pain, researchers have found. The ingredients of prosocial behavior, from kindness to philanthropy, are more complex and varied.

They include the ability to perceive others’ distress, the sense of self that helps sort out your own identity and feelings, the regulatory skills that prevent distress so severe it turns to aversion, and the cognitive and emotional understanding of the value of helping.

Twin studies have suggested that there is some genetic component to prosocial tendencies. When reacting to an adult who is pretending to be distressed, for example, identical twins behave more like each other than do fraternal twins. And as children grow up, these early manifestations of sympathy and empathy become part of complex decision-making and personal morality.

“There is some degree of heritability,” said Carolyn Zahn-Waxler, a senior research scientist at the University of Wisconsin-Madison, who has done some of these twin studies. But she notes that the effect is small: “There is no gene for empathy, there is no gene for altruism. What’s heritable may be some personality characteristics.”

Scott Huettel, a professor of psychology and neuroscience at Duke, described two broad theories to explain prosocial behavior. One, he said, was essentially motivational: It feels good to help other people. Economists have also looked at the question of altruism, and have hypothesized about a “warm glow effect” to account for charitable giving.

Experimental studies have shown that the same brain region that is activated when people win money for themselves is active when they give to charity — that is, that there is a kind of neurologic “reward” built into the motivational system of the brain.

“Charitable giving can activate the same pleasure-reward centers, the dopaminergic centers, in the brain that are very closely tied to habit formation,” said Bill Harbaugh, an economist at the University of Oregon who studies altruism. “This suggests it might be possible to foster the same sorts of habits for charitable giving you see with other sorts of habits.”

The other theory of prosocial behavior, Dr. Huettel said, is based on social cognition — the recognition that other people have needs and goals. The two theories aren’t mutually exclusive: Cognitive understanding accompanied by a motivational reward reinforces prosocial behavior.

But shaping prosocial behavior is a tricky business. For instance, certain financial incentives seem to deter prosocial impulses, a phenomenon called reward undermining, Dr. Huettel said.
Consider that in the United States, historically, blood donors could be paid, but not in Britain. And the British donated more blood. “When you give extrinsic motivations, they can supplant the intrinsic ones,” he said.

What would the experts say about fostering prosocial behavior in children, from kindness on to charity?

Parental modeling is important, of course; sympathy and compassion should be part of children’s experience long before they know the words.

“Explain how other people feel,” Dr. Eisenberg said. “Reflect the child’s feelings, but also point out, look, you hurt Johnny’s feelings.”
Don’t offer material rewards for prosocial behavior, but do offer opportunities to do good — opportunities that the child will see as voluntary. And help children see themselves and frame their own behavior as generous, kind, helpful, as the mother in my exam room did.

Working with a child’s temperament, taking advantage of an emerging sense of self and increasing cognitive understanding of the world and helped by the reward centers of the brain, parents can try to foster that warm glow and the worldview that goes with it. Empathy, sympathy, compassion, kindness and charity begin at home, and very early.
Jim Manske’s insight:
I feel encouraged and grateful that articles addressing emapthy seem to be offered in the mainstream press with more frequency. I appreciate the support for the idea that we are all born with the capacity for empathy and that we can support one another (especially our children) in awakening this capability. I wonder how we can help folks to become liberated from the unconscious domination paradigm that seems to leak out of many of these discussions, for example "…Look, you hurt Johnny’s feelings". What I prefer is, "Look, Johnny feels hurt…I wonder if he wants to have more fun…" Sigh.

I’m teaching a course on Justice. I always invite students to engage, both with the real world and with each other. Yesterday students facilitated a discussion on their own topic of interest: torture.   I’m disturbed that some student…

What cortisol and oxytocin have to do with a 19th-century German playwright.   This week, I’m headed to the Future of Storytelling summit, an unusual cross-disciplinary unconference exploring exactly what it says on the tin. Among the prese…

This is the third year that Ryan Niemiec has prepared us for the Oscar award evening by nominating movies for positive psychology awards. As co-author of Positive Psychology at the Movies and scientist at the VIA Institute, Ryan is perfectly placed to …