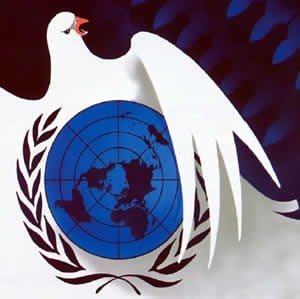 I’m teaching a course on Justice. I always invite students to engage, both with the real world and with each other. Yesterday students facilitated a discussion on their own topic of interest: torture.

I’m disturbed that some students think torture is justified. I’m much more disturbed that some leaders, like former president George Bush, endorse it. And passive endorsement is just as bad; as Jack Harris said: “Why is this government getting Canada into the torture business?”

Like in my student’s debate, we’re still asked: is it ok to torture someone in order to extract information to save lives?

But that’s not actually the question to ask. That’s a question that keeps us trapped in “us vs. them” mentality. The only seemingly common sense answer in this scenario would be sacrificing one to potentially save thousands. It’s amazing that Bentham’s utilitarian argument – the greatest good for the greatest number – still has an influence on our answers.

I’m interested in getting us out of that destructive, fear-based paradigm and asking what else is possible? No one wants innocent people to die. So really the question is how do we best prevent violence and terrorist attacks?

Torture would not be the answer to that question. Information gained from torture is certainly suspect since people just want to stop the pain. Inflicting pain on someone to prevent pain being inflicted on someone else simply does not make sense. Nor is it the kind of world I’d like to live in. Dehumanizing people is actually part of what is required for war and violence.

Humanizing all parties involved would be a step in the right direction. Reaching across our differences to develop understanding, respect and accountability makes sense. And that’s what works.

If we pretend we are younger, will we actually become younger?Surprisingly, the answer is “Yes”! When we act younger than we are, we can actually start to feel and look younger too—and there are scientific exp…

Empathy is the most important skill you can practice. It will lead to greater success personally and professionally and will allow you to become happier the more you practice.Jim Manske’s insight:Please consider joining us for Mentoring +. Classes for…

The most important parenting you’ll ever do happens before your child turns one — and may affect her for the rest of her life. One mother’s journey through the science of attachment.Jim Manske’s insight:I have been fortunate to recei…

March 20, 2013, marks the first ever International Day of Happiness. This was decreed last year by the United Nations following a meeting on well-being attended by government officials, economists, scholars, and business and spiritual leaders from arou…