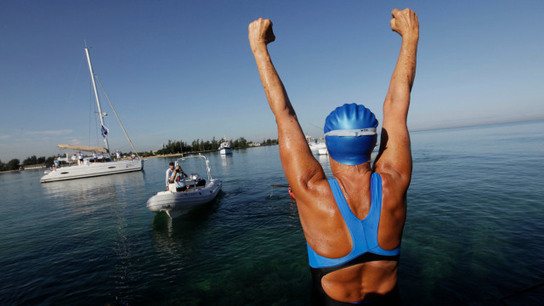 An unsettling classroom experience near the start of his second year in the Stanford Graduate School of Business MBA Program caused a personal crisis for Shirzad Chamine and led him to the work he’s doing more than a quarter century later. The 1987 class was Interpersonal Dynamics, nicknamed “Touchy-Feely” for the way it has highly analytical students explore the softer side of business. One day, students took turns telling their classmates how each was coming across, and one after another, they told Chamine that he gave the impression of constantly and secretly judging them—even a classmate whom Chamine greatly admired. Chamine’s genial façade wasn’t fooling anyone.

Devastated by this feedback, he panicked that he had no clue how to change. Within two weeks, though, Chamine, who had grown up in a turbulent, emotionally abusive home in Iran, had a helpful insight.

Noticing judgmental behaviors that he thought others might be using as well in an effort to disguise insecurities, he poured out his thoughts into a five-page typed letter to first-year students. The letter touched its audience, especially the many students stressed or saddened by academic and social pressure—so much so that 26 years later, it is still in circulation among students. After receiving “tons of thank-you letters,” the 1988 graduate knew he was on to something. “That’s when I felt reassured that ‘the judge’ tends to be universal,” even if not in the extreme form he saw in himself.

After more reading and soul-searching, Chamine came to think of this judge as what he calls a “Saboteur,” one of several figurative villains that he says can reside in normal human minds. “Your mind is your best friend, but it is also your very worst enemy,” he says, calling the best-friend part your “Sage,” the voice of authenticity, calm and positive emotion. The Saboteurs—which, besides the Judge, include such instantly recognizable types as the Victim, the Avoider, the Hyper-Achiever and six others—undermine you by triggering anger, anxiety, shame, regret and other negative emotions. “Pretty much all your suffering in life is self-generated by your Saboteurs,” Chamine says.

The good news, which evangelist Chamine has been sharing through lectures, a popular book Positive Intelligence, and executive coaching, is that you can choose at any moment which voice to listen to. “That choice makes all the difference in not only how happy you are, but whether you reach your true potential,” says Chamine, who for many years ran the Coaches Training Institute, a San Rafael, Calif.-based company that trains executive coaches and life coaches.

Research in positive psychology, neuroscience and even organization science supports many of Chamine’s claims. Psychologists have long observed a human tendency to attend disproportionately to the negatives, since our ancestors’ survival was aided when they noticed threats. Brain-imaging studies have shown the seats of various emotions, suggesting that creating a positive mental state requires activating one area and quieting another. Experiments on happiness interventions have shown ways to foster optimism, compassion and other good feelings. And studies by organizational scholars have shown that happier people and teams make for more productive workers.

The finding that links happiness with productivity owes much to the work of Stanford University alumna Barbara Fredrickson, who received her PhD in psychology in 1990. Now a professor of psychology at the University of North Carolina, Chapel Hill, she is best-known for her “broaden and build” theory of positive emotions. The theory explains why, given that natural selection favored negativity, evolution would have left us with positive emotions at all: Whereas negative emotions narrow our focus to handle an urgent challenge, Fredrickson argues, positive emotions broaden our options, enabling us to play, to explore, to think more creatively, and to build human connections. If negativity aids survival, positivity makes it possible to thrive. As a result, people with higher ratios of positive to negative emotions are more likely to flourish in life, experiencing better health, more satisfying relationships and greater professional achievement.

Chamine uses a similar metric he calls the positivity quotient, or the fraction of all your emotional experiences that are positive. PQ, he says, is more important for your success than your IQ or your EQ (emotional intelligence). Many of the executives he coaches, he says, have tried to raise their EQ, with little lasting success. EQ training teaches self-awareness and self-management, among other skills, but it misses a crucial component, Chamine believes. “What EQ training doesn’t tackle are the Saboteurs, who, left untouched, quickly reclaim their power.”

Chamine’s goal is practical: He wants to help everyone, from children to executives, raise their PQ. Through his coaching practice, he’s refined techniques designed to weaken the Saboteurs (for starters, by learning to spot them in action) and strengthen the Sage, starting with understanding that an optimistic attitude becomes self-fulfilling. For example, he recommends a thought experiment involving identical twins who face a setback in opposite ways: One blames himself or others, while the second one says, “I can turn this failure into an opportunity.” Guess which twin will be better able to muster the internal resources, such as compassion and curiosity, to overcome the setback? “When your Judge says you’re screwed, you are screwed,” Chamine says.

Many of the exercises Chamine uses, like the twin experiment, are almost like little games. Others, like the mindfulness exercise that has you focus on a bodily sensation for 10 seconds, sound less fun, and, in fact, Chamine prescribes a number of “reps,” as if you were counting crunches at the gym. Fun or not, you have to stick with the program. The effort, though, can bear unexpected fruit.

“One of the biggest lies is that success leads to happiness,” Chamine says, rather than the other way around. “The biggest insight is that the happy brain is a more capable, more creative, more resourceful brain.”

Zappos is known for its zany corporate culture. The company’s Q4 “All Hands” meeting in November was aptly-themed “Gone Wild”: one female employee voluntarily climbed into a case filled with tarantulas to win a $250 gift c…

Dr. Martin Luther King Jr. championed the cause of peace and the “Beloved Community”, yet in America and around the world our communities are negatively impacted by drugs, crime, and violence. For 40 days, beginning with the Martin Lut…

Cambridge psychology professor and leading autism expert Simon Baron-Cohen is best known for studying the theory that a key problem in autistic disorders is “mind blindness,” difficulty understanding the thoughts, feelings and intentions of others.