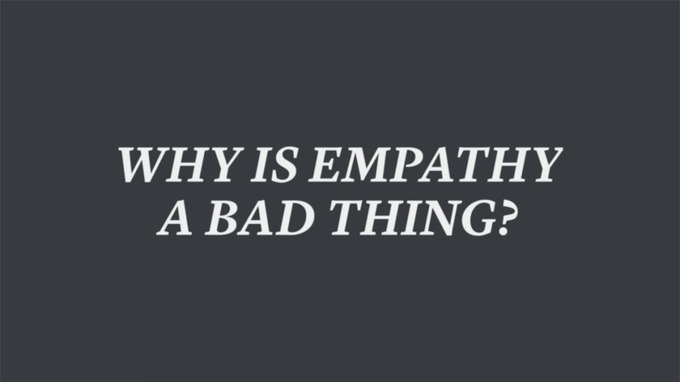 “Against Empathy” makes a hell of a title for a video. It’s bold and spicy!

Empathy is bad is quite a strong take, after all, given that empathy—broadly speaking, the capacity to relate to and share the feelings and perspectives of others—is a core, defining trait of humanity, which will tend to be the largest demographic sector of any video’s viewership.

This week, The Atlantic published a video with that title on its website. It is bad and stupid, the latest absurdity (and one of the lowest) to which the “well-credentialed people saying wrong yet arresting things” industry has reduced the collective knowledge of humankind.

http://empathyimpact.com Empathy Coach Michael Sheely talks about how to turn your worst clients into your best success stories.See it on Scoop.it, via Empathy and Compassion

TACTICS commonly used by schools to deal with cyber bullies, such as asking them to show empathy towards their victim, are ineffective in dealing with some of the worst offenders, new research has found. Despite the millions of dollars spent on program…

While definitions of empathy vary considerably, the need for mutual understanding between human beings has never been higher. The ability to take the perspective of another and to use this information to act compassionately is a high point in human dev…