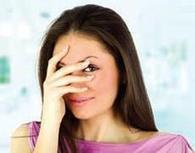 Embarrassment is embarrassing. As anyone who has ever been told, “You’re blushing!” knows, displays of embarrassment can become mortifying events of their own. According to recent research, however, revealing embarrassment is nothing to be ashamed of, and in certain ways it might even serve us well.

Part of what makes embarrassment so embarrassing is the fact that it’s a dead giveaway of a private internal state. Feelings we would rather not display for all to see become readily apparent. But sometimes being a little transparent may not be such a bad thing. Building on the work of sociologist Erving Goffman, and on evolutionary accounts of the importance of signaling and detecting social intentions, Feinberg, Willer, and Keltner (2011) argue that embarrassment reveals that a person cares about others and values relationships. In other words, it’s a way of saying, “I feel bad for messing up, and I want to do better next time because this relationship matters to me.”

In sum, the researchers found support for their hypothesis that embarrassment signals prosociality. Embarrassment, they say, is “not a sign of social disorder, but a display that helps restore fluid social interaction where it has gone awry.”

Something that we struggle with daily, that eats us up and causes stress and anger: annoying people. You know those people: they cut in line, are rude to you in the office or at the restaurant, cut you off in traffic, talk loudly about obnoxious t…

Imagine a diet where you can eat anything you want. The catch? You only eat when you’re hungry and stop when you’re full. It’s intuitive eating — a way of eating that helps people establish a healthy relationship with food and their bodies.See it on …

By seeking — and appreciating — the views of the entire group, a manager can turn dubious followers into active participants in the task at hand.Jim Manske’s insight:Thrilled to forward you all the link to an article in the NY Times by our…

What it all comes down to is that a mindset is an interpretative process that tells us what is going on around us. In the fixed mindset, that process is scored by an internal monologue of constant judging and evaluation, using every piece of infor…