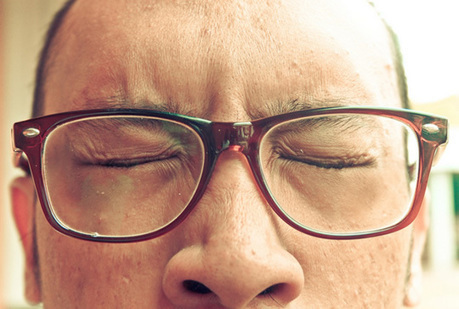 The reverse is also true: activating the brain’s analytical networks reduces the ability to empathise.

These conclusions come from a study published in the journal Neuroimage, which is the first to find that we are constrained in our ability to be analytical and empathetic at the same time (Jack et al., 2012).

“What we see in this study is […] neural inhibition between the entire brain network we use to socially, emotionally and morally engage with others, and the entire network we use for scientific, mathematical and logical reasoning. This shows scientific accounts really do leave something out — the human touch.”

A major challenge for the science of the mind is how we can better translate between the cold and distant mechanical descriptions that neuroscience produces, and the emotionally engaged intuitive understanding which allows us to relate to one another as people.”

In the study, 45 college students were given a series of problems to think about which either involved physics or considering the feelings of others.

The reverse happened when people were asked to engage their empathy.

Dr. Jack said: “When subjects are lying in a scanner with nothing to do, which we call the resting state, they naturally cycle between the two networks. This tells us that it’s the structure of the adult brain that is driving this, that it’s a physiological constraint on cognition.”

Relying too much on one network or the other can be detrimental, Dr. Jack said: “You want the CEO of a company to be highly analytical in order to run a company efficiently, otherwise it will go out of business.

But, you can lose your moral compass if you get stuck in an analytic way of thinking.”

You’ll never get by without both networks.

You don’t want to favor one, but cycle efficiently between them, and employ the right network at the right time.”

Jim Manske’s insight:
This matches my direct experience. How about you?

What happens when teens play games that emphasize kindness and compassion instead of violence and aggression? Neuroscientist Richard Davidson plans to find out.   Richardson, a professor at the University of Wisconsin-Madison, and Kurt Squire, an …

Sam Harris, neuroscientist and author of the New York Times bestsellers, The End of Faith, Letter to a Christian Nation, and The Moral Landscape.Note from Jim: I include this article primarily for the link to Sam’s essay on Lying that I enjoyed reading…

So you want to know how to win every argument? Stop trying. Not that passivity is the most effective strategy but if you’re thinking about “winning” you’re already headed down the wrong path. From a neuroscience perspective, “When an arg…

Yehudar Tagar describes how Empathy is finding the ‘other’ in oneself and how Psychophonetics cultivates this faculty as a resource for human understanding of oneself and others.Source: www.youtube.com, via Edwin Rutsch