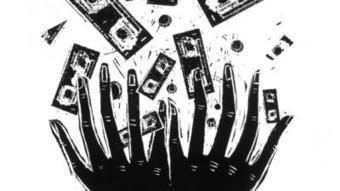 We know that wealth does not always make people happy, but does it make them kinder? Studies suggest exactly the opposite.

A large body of research point to a compassion deficit in the rich that plays out in big and small ways. As reported in Scientific American, for example, drivers of luxury cars cut others off at intersections at a much higher rate than those driving economy cars. Other studies have found that the wealthy are more likely to lie in negotiations and less likely to agree with statements such as “I often notice people who need help.” And during simulations in which participants could divide up candy, giving some to children and keeping some for themselves, wealthier participants consistently kept more for themselves and gave less to children.

This study was conducted for the primary purpose of discovering the relationship of two personal variables to effective seminary teaching.It was hypothesized that:(1) There is no significant difference between seminary teachers whom the department cons…

Transcript:One thing we must strenuously avoid is demonising another set of humans, or treating them as unequal. Quite apart from anything else, this leads to a collapse of empathy. What we need to do is expand the circle of those to whom we feel empat…

Why are some people trustworthy, while others lie, cheat and steal? Part of the answer may reside in a hormone called oxytocin. Claremont Graduate University’s Paul Zak talks with WSJ’s Gary Rosen about how a “vampire wedding” helped him understand how…