Home » News » The Top 10 Insights from the “Science of a Meaningful Life” Anyone can cultivate empathic skills—even psychopaths. 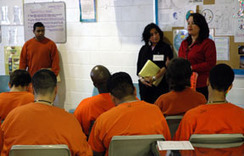 Anyone can cultivate empathic skills—even psychopaths.

In daily life, calling someone a “psychopath” or a “sociopath” is a way of saying that the person is beyond redemption. Are they?

When neuroscientist James Fallon accidentally discovered that his brain resembled that of a psychopath—showing less activity in areas of the frontal lobe linked to empathy—he was confused. After all, Fallon was a happily married man, with a career and good relationships with colleagues. How could he be beyond redemption?

Additional genetic tests revealed “high-risk alleles for aggression, violence and low empathy.” What was going on? Fallon decided he was a “pro-social psychopath,” someone whose genetic and neurological inheritance makes it hard for him to feel empathy, but who was gifted with a good upbringing and environment—good enough to overcome latent psychopathic tenden.

So if resonant work starts with empathy, then it follows that marketers themselves must be empathic. Projecting perspectives requires first understanding them. Roman Krznaric, in his fantastic animated video on empathy, gives the example of G…

One of the core essences of what makes us human is our beautiful ability for empathy. Empathy is a potential psychological motivator for helping others in distress. It can be defined as the ability to feel or imagine another person’s emotional ex…

Where the Skills Are (The Atlantic)  Richard Florida writes about the evolution of the city as a site of innovation and suggests that fostering empathy and other social skills is critical for economic growth. Jobs that require a high level of soci…

Social workers are at risk for experiencing burnout and secondary traumatic stress (STS) as a result of the nature of their work and the contexts within which they work.Little attention has been paid to the factors within a social worker’s contro…