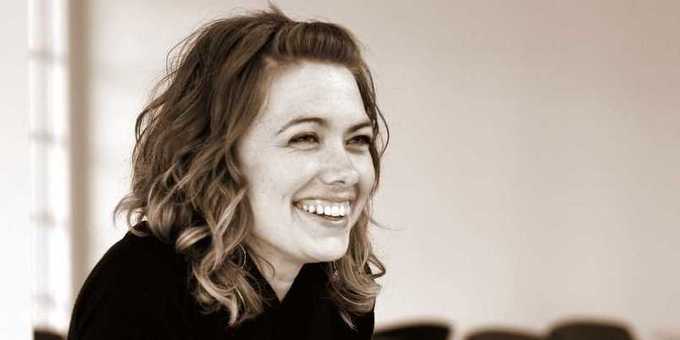 In “The Optimism Bias: A Tour of the Irrationally Positive Brain,” Tali Sharot argues that we have a neurobiological basis for imagining a positive future.

“Humans,” she writes, “do not hold a positivity bias on account of having read too many self-help books. Rather, optimism may be so essential to our survival that it is hardwired into our most complex organ, the brain.”

From modern-day financial analysts to world leaders, newlyweds, the Los Angeles Lakers, and even birds, optimism biases human and nonhuman thought. It takes rational reasoning hostage, directing our expectations toward a better outcome without sufficient evidence to support such a conclusion.

Optimism starts with what may be the most extraordinary of human talents: mental time travel. That is, the ability to move back and forth through time and space in one’s mind. To think positively about our prospects, it helps to be able to imagine ourselves in the future. Although most of us take this ability for granted, our capacity to envision a different time and place is critical for our survival. It allows us to plan ahead, to save food and resources for times of scarcity, and to endure hard work in anticipation of a future reward.

While mental time travel has clear survival advantages, conscious foresight came to humans at an enormous price — the understanding that somewhere in the future, death awaits. This knowledge that old age, sickness, decline of mental power, and oblivion are somewhere around the corner, can be devastating.

Though each of us may define happiness in a different way, it remains the case that we are inclined to see ourselves moving happily toward professional success, fulfilling relationships, financial security, and stable health. Unemployment, divorce, debt, Alzheimer’s, and any number of other regrettably common misfortunes are rarely factored into our projections.

These (likely) unrealistic predictions of an amazing future extend to everything. We expect to do more work this week than last. Today was a bad day? No worries, tomorrow will be better.

Challenging the assertion that the key to life is low expectations:

Some people believe the secret to happiness is low expectations. If we don’t expect greatness or find love or maintain health or achieve success, we will never be disappointed. If we are never disappointed when things don’t work out and are pleasantly surprised when things go well, we will be happy. It’s a good theory — but it’s wrong. Research shows that whatever the outcome, whether we succeed or we fail, people with high expectations tend to feel better. At the end of the day, how we feel when we get dumped or win an award depends mostly on how we interpret the event.

Maybe that’s why most of us wear rose-colored glasses:

We wear rose-tinted glasses whether we are eight or eighty. Schoolchildren as young as nine have been reported to express optimistic expectations about their adult lives, and a survey published in 2005 revealed that older adults (ages sixty to eighty) are just as likely to see the glass half full as middle-aged adults (ages thirty-six to fifty-nine) and young adults (ages eighteen to twenty-five). Optimism is prevalent in every age group, race, and socioeconomic status.

Sharot argues that one of the reasons the optimism bias is so powerful is precisely because, similar to our other biases, we’re largely unaware of its existence.

Yet data clearly shows that most people overestimate their prospects for professional achievement; expect their children to be extraordinarily gifted; miscalculate their likely life span (sometimes by twenty years or more); expect to be healthier than the average person and more successful than their peers; hugely underestimate their likelihood of divorce, cancer, and unemployment; and are confident overall that their future lives will be better than those their parents put up with. This is known as the optimism bias — the inclination to overestimate the likelihood of encountering positive events in the future and to underestimate the likelihood of experiencing negative events.

Having an overly positive sense of the future can be destructive. So what benefit does it serve?

Although the belief in a better future is often an illusion, optimism has clear benefits in the present. Hope keeps our minds at ease, lowers stress, and improves physical health. This is probably the most surprising benefit of optimism. All else being equal, optimists are healthier and live longer. It is not just that healthy people are more optimistic, but optimism can enhance health. Expecting our future to be good reduces stress and anxiety, which is good for our health. Researchers studying heart attack patients have found that optimists were more likely than non-optimistic patients to take vitamins, eat low-fat diets, and exercise, thereby reducing their overall coronary risk. A study of cancer patients revealed that pessimistic patients under the age of 60 were more likely to die within eight months than non-pessimistic patients of the same initial health, status, and age.

Yes, optimism is on one level irrational and can also lead to unwanted outcomes. But the bias also protects and inspires us: It keeps us moving forward, rather than to the nearest high-rise ledge. To make progress, we need to be able to imagine alternative realities, and not just any old reality but a better one; and we need to believe that we can achieve it.

Such faith helps motivate us to pursue our goals.

“The Optimism Bias” explores the optimism bias by investigating when it works for us and when it is destructive and gives examples of how it promotes well-being. If you’re not in the mood for a full book but still want to know more, read the shorter edition (Kindle only), “The Science of Optimism: Why We’re Hard-Wired for Hope,” which, in addition to the book, I quoted from above.

Jim Manske’s insight:
I imagine this will inspire you (he said in his optimistic way)…;)

How do you push past your insecurities and start believing in yourself again? Channel your inner five-year-old to start living the life of your dreams.Jim Manske’s insight:I remember the wonder of being five! How about you? The world was one big pla…

In the early 1990s a young Englishman walked up the steep mountainside that surrounds Rio de Janeiro and into a favela, a slum unlike anything seen in the United States. It was a place ruled by drug gangs and the daily scene of murders and gun fights b…

The most important Manhattan Projects of the future will be vast government-sponsored enquiries into what the politicians and the participating scientists will call “the problem of happiness.” — Aldous Huxley, preface to Brave New Wor…

Bullying is awful, but a Finnish program is teaching bystanders to empathize and intervene. “In the game, students can practice how to be nice to someone and what kind of nice things you can say to someone who would like to be included in the grou…