Home » News » “The Story Bigots Hate”: A Clinic In Empathy, A Good Woman Without A Gun Stops A Bad Guy With A Gun 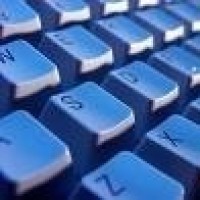 The fascination at the heart of Tuff’s tale, the reason it’s riveting, is the way she used compassion and empathy to disarm a mentally ill man intent on killing. “Was the potential there to have another Sandy Hook? Absolutely,” the local police chief told reporters as he praised Tuff….

Of course the race-baiters at Fox News, who were so agitated about the crimes of young black men a few weeks ago, have hardly rushed to emphasize that a young white man opened fire at a predominantly black school – let alone that he was helped to save his own life by an African-American woman..

Neanderthals displayed a deep seated sense of compassion, according to British archaeologists who are studying the evolution of compassion in humans. Neanderthals are often depicted as brutish club wielders, but a new book suggests Nean…

While nothing replaces meeting with a patient, reading another physician’s description of interviewing a patient can provide insights into physician-patient interactions that we cannot get when we ourselves are involved. In my view, “A Case…

The Dalai Lama has called for a century of compassion and peace in which the gap between the rich and poor narrows and environmental stewardship is a priority. The exiled Tibetan leader told a crowd of about 5,600 at the Rhode Island Convention Center …

Steve James’ documentary Life Itself looks at the life of critic Roger Ebert, both before and after the profound physical changes that led to his rebirth online.There’s a moment in the documentary in which we hear one of Ebert’s great descriptions of f…