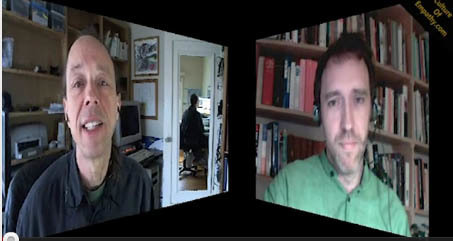 At lunchtime I chaired an event with Roman Krznaric that will soon be available to download from our website. In light of the event’s intriguing title, and my current oppressive workload, I wanted just to list the six habits(from scribbles of shifting slides, so not verbatim), and add a little thoughtlet on each of them.

1) Develop curiosity about strangers
Who are all these people? Roman mentioned that people inclined towards empathy typically look for things that bring people together, rather than those that separate them. The next time you see a stranger who looks like a radically different creature, consider the abundance of things you must have in common, by virtue of being human, but also allow yourself to be pleasantly surprised by the differences.

As Rizzolatti explains, “The instantaneous understanding of the emotions of others, rendered possible by the emotional mirror neuron system, is a necessary condition for the empathy which lies at the root of most of our more complex inter-in…

Founders of the first ever empathy museum are calling for a revolution of human relationships. Here’s how you can help.You’ve probably heard the the saying, “Never judge a man until you have walked a mile in his shoes.These wise words are t…

Can empathy really transform out lives? Philosopher Roman Krznaric, founder of the Empathy Museum is in Perth, and he spoke with Gillian O’Shaughnessy.See it on Scoop.it, via Empathy and Compassion