Home » News » The Question in St. Louis County: Can Whites Empathize With Blacks? 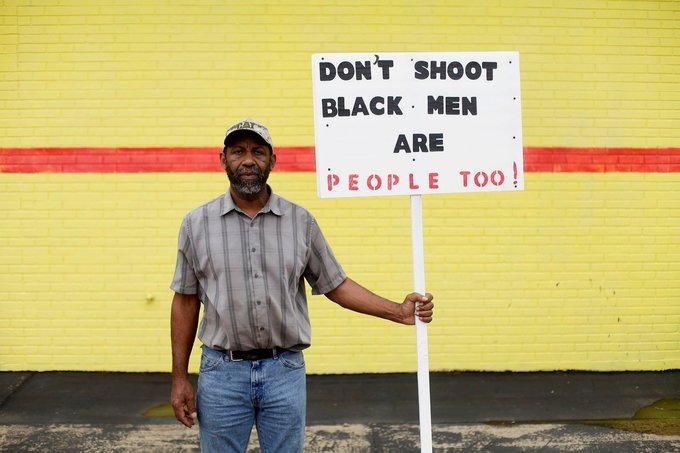 As the Brown grand jury hears evidence, are its white and black members even hearing the same thing? Many studies suggest: probably not.

Empathy isn’t about your own experience, but honoring and valuing someone else’s experience, especially when it’s different from your own. But studies show white people simply have less empathy for black people. For instance, in one study, white subjects were shown videos of people being stuck with a needle. The subjects’ brains and body chemistry were monitored for what researchers have identified as the tell-tale signs of empathy.

And when the white subjects watched white people being stuck with a needle, they responded with more empathy than when they saw black people being hurt. Another study corroborated this — asked how much something would hurt someone else (for instance, stubbing a toe), subjects consistently responded that hypothetical black people would feel less pain than hypothetical whites….

Researchers looked at whether or not wolves caught yawns from each other.On the basis of observational and experimental evidence, several authors have proposed that contagious yawn is linked to our capacity for empathy, thus presenting a powerful …

Empathetic encounters can be done in countless ways. Here are a few of them:Empathy Circle: At its most basic level, an empathy circle involves people in a circle sharing one at a time, while receiving empathy from the rest of the circle. Empathy …

Founded by entrepreneur Kevin Adler and a handful of like-minded activists, Homeless GoPro is setting out to bridge the “empathy divide” that keeps San Francisco’s middle and upper classes from interacting with — or of…

Oxytocin is sometimes called the love hormone because it has a role in maternal bonding.    In a new ongoing, double-blind, placebo-controlled study at Yale School of Medicine, a team of researchers have reported that oxytocin can increase br…