Home » News » The Neuroscientist Who Discovered He Was A Psychopath 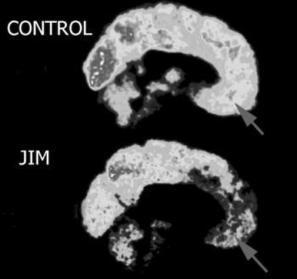 “I had all these high-risk alleles for aggression, violence and low empathy,” he says, such as a variant of the MAO-A gene that has been linked with aggressive behavior. Eventually, based on further neurological and behavioral research into psychopathy, he decided he was indeed a psychopath—just a relatively good kind, what he and others call a “pro-social psychopath,” someone who has difficulty feeling true empathy for others but still keeps his behavior roughly within socially-acceptable bounds.

Can morality and empathy be learnt? Is there a way back from crime? How are those who fall short of the social contract supposed to rehabilitate themselves? Is the approach of restorative justice able to rewire the brain sufficiently to prevent future …

Join me for an “on the air” conversation with Radhika Sharma, education coordinator at Apha Ghar Empathize with the perpetrators? A high bar indeed, Yet empathy does not mean “agree with,” “condone,” or “e…

Empathy may be the most valuable yet underrated attribute of a successful innovator. Steve Jobs—despite his well-deserved reputation for being surly and insensitive—had oodles of it. How else do you design and create so many products that p…

Maybe toddlers should replace judges. Young children apparently have an innate sense of justice, and they’re more interested in setting things right than in punishing wrongdoers, researchers have discovered.Children 3 and 5 years old who watched differ…