Home » News » The Myth of Cognitive Decline: Elderly Know More and Use it Better: Jeremy Dean 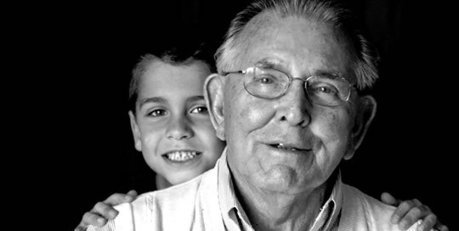 Linguistic experts argue in new research that people’s brains do not slow down with age, but actually show the benefits of experience.

Tests that had previously been taken to show cognitive decline as people age, they maintain, are actually showing the effects of having more information to process.

The linguists, from the German University of Tübingen, publish their findings in the journal Topics in Cognitive Science (Ramscar et al., 2014).

While accepting that physiological diseases of old age clearly exist, they say that the usual cognitive changes associated with age are exactly what you’d expect as the brain gathers more experience.

As linguists, they decided to test their theory using words–specifically the number of words that a person learns across their lifetime.

They set up a computer simulation to model this. As the simulation got ‘older’, it began to slow down as it learnt more words–exactly as people do with ageing.

The lead author of the study, Michael Ramscar, explained it like this :  “Imagine someone who knows two people’s birthdays and can recall them almost perfectly. Would you really want to say that person has a better memory than a person who knows the birthdays of 2000 people, but can ‘only’ match the right person to the right birthday nine times out of ten?”

It’s not that people are forgetting words with age, it’s that there are more words competing for attention.

People face a similar problem with names: as they age, they learn more names, so one name is harder to recall because it is competing with a larger pool of alternate names in memory.

On top of this, names have become varied.

The authors give the example that in the 1880s, when trying to recall a woman’s first-name, there were about 100 equally possible alternatives.

Due to the greater variety in first-names now, however, you’d be trying to choose between 2,000 likely alternatives.

Even better news for the ageing population, the linguists argue, is that older people are actually making better use of the extra information that comes with experience.

On some tests, related to learning pairs of works, older people do better as they have access to more words which have been learnt over a lifetime.

What, you might wonder, about all the neurobiological evidence that the brain’s cognitive powers decline with age?

Well, excepting real diseases like Alzheimer’s, scientists have only discovered that the brain changes with age, not that these changes are the cause of any cognitive decline.

It has only been assumed that neurobiological changes in the brain are related to cognitive declines, since these two were thought to be happening simultaneously.

Now that there are questions over whether cognitive declines are really there, these neurobiological changes may have to be reassessed.

Is cognitive decline a myth?

If cognitive decline with age really is a myth then, the authors worry, simply being told that your brain slows down with age is damaging.

That’s because when people are told they are getting more stupid, they behave as though this were true.

The authors conclude by saying: “…population aging is seen as a problem because of the fear that older adults will be a burden on society; what is more likely is that the myth of cognitive decline is leading to an absurd waste of human potential and human capital. It thus seems likely that an informed understanding of the cognitive costs and benefits of aging will benefit all society, not just its older members.” (Ramscar et al., 2014).

See on Scoop.it – Restorative Communication This quote had been introduced to the class in lessons, and the students had explored ideas […]

The kid wants to serve the volleyball, but his high school classmates ignore him. “Shut up!” he pleads, but they carry on—laughing as if he said nothing. He loses it, hurls the ball, storms out of the gym, and shouts, “I said, S…

Scientists at ETH Zurich have studied the use of language, finding that words with a positive emotional content are more frequently used in written communication.   This result supports the theory that social relations are enhanced by a positive …

Three Forms of Nonviolent Power   There are three basic ways in which we can use nonviolent power. That is, power that doesn’t use violence.   These ways are: protest and persuasion, noncooperation and intervention.   Imagine this child …