Home » News » The More Empathetic You Are, The Better You Learn. Here’s How to Cultivate Empathy for Learning 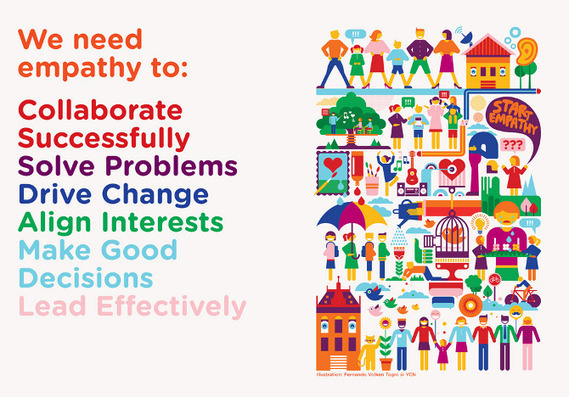 “The education system forces people to unlearn the empathy they were born with. It’s a system based on always seeming strong, contributing to the economy, and being number one. Being number one is the rule of game, and how we relate to others is fundamentally dismissed.” –Bernard Amadei, Ashoka Fellow and founder of Engineers Without Borders USA

More than two decades ago, scientists made a discovery that fundamentally altered the way we think about empathy.

While observing monkeys, they noticed that certain brain cells responded both when a monkey performed an action and when that monkey watched another monkey perform the same action. The same cells can be found in the human brain. These cells, called mirror neurons, fire when we see something happening to someone else that we could imagine happening to ourselves, from stubbing a toe to winning the lottery.

To effectively engage patients and caregivers, it is critical that health care providers engage with empathy. With empathy we connect, we understand, we listen, and we communicate…   Empathy: With empathy we can connect, engage and empower our p…

Researchers sampled a diverse group of couples and found that men’s and women’s perceptions of their significant other’s empathy, and their abilities to tell when the other is happy or upset, are linked to relationship satisfaction……

In collaboration with the International Section of the Association for Conflict Resolution (ACR)This presentation follows the presenter’s research into Empathy and Compassion as tools in mediation and negotiation.  Empathy is often listed as…