Home » News » The medicine in our minds 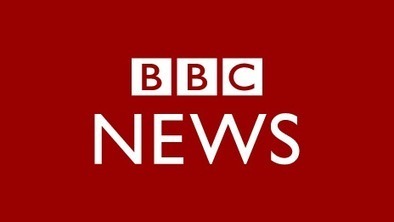 They are the miracle pills that shouldn’t really do anything. Placebos come in all shapes and sizes, but they contain no active ingredient. And yet, mysteriously, they often seem to work.

Over the last couple of decades, there has been a huge amount of research into what dummy pills can do and how they work.

We know that in the right situations, they can be very effective at relieving self-reported conditions like pain and depression.

But the latest research suggests they might even be able to help relieve the symptoms of a major neurological disorder, as Paul Pattison found out.

In many ways, Paul is just like anyone else with a love of the outdoors.

He spends much of his spare time cycling in the hills on the outskirts of Vancouver, where he lives.

And every day, he walks his dog through the pine forest that starts where his garden ends.

But there’s one big difference between Paul and your average outdoorsy type.

Whether he’s walking or cycling, Paul needs medication to help him do it, because he has Parkinson’s Disease.

Without his drugs, even walking can be a major struggle.

Parkinson’s is caused by an inability of the brain to release enough dopamine, a neurotransmitter that affects our mood, but is also essential for regulating movement.

Luckily for Paul, his medication can give him the dopamine he needs to keep his symptoms under control.

Given everything we know about the disease, it’s hard to believe that a placebo – a ‘dummy pill’ with no active ingredients – could do anything to help someone with Parkinson’s.

And that makes Prof Jon Stoessl’s experiments all the more remarkable. He is the director of the Pacific Parkinson’s Research Centre at the University of British Columbia, in Vancouver.

A few years ago, Paul took part in a trial that Prof Stoessl was conducting. It required him to stop taking his medication.

The next day he headed into hospital, his symptoms in full flare-up.

He explains: “That’s when they gave me this capsule, and they gave you a half-hour….a normal period of time for the meds to kick in. And boom!

“I was thinking this is pretty good, my body becomes erect, my shoulders go back. There’s no way that I could be like this without having had my medication.”

Except that Paul hadn’t been given his medication – he’d been given a placebo.

Placebo ‘is a trigger

“I was in a state of shock. There are physical things that change in me when I take my meds so how could a blank thing, a nothing, create those same feelings?”

Prof Stoessl has conducted numerous experiments with dozens of patients, and is in no doubt that a placebo can sometimes relieve the symptoms of Parkinson’s.

“In Parkinson’s, as in many other conditions, there is an important placebo response and that can be measured with clinical outcomes.”

Doctors have known for hundreds of years that when a patient expects their condition to improve, it does.

This is called the placebo, or dummy, effect.

What is new about Prof Stoessl’s work though is that, by scanning the brains of people with Parkinson’s disease when they experience a placebo effect, he’s been able to shed light on how a dummy pill can possibly make a difference.

He has found that when someone like Paul responds well to a placebo, it isn’t the case that he’s simply coping better with his symptoms, or somehow battling through them. Instead, the placebo is triggering the release of dopamine in his brain.

And it isn’t a small amount of dopamine that a placebo can release:

That dramatic response only appears to last for a short while – a placebo certainly isn’t a miracle cure.

And even if it was, doctors could hardly start lying to their patients and replacing real drugs with placebo pills.

It’s also unclear exactly how a placebo is able to spur the brain into producing more dopamine, given that Parkinson’s is caused by an apparent inability of the brain to produce enough.

And that goes to the heart of how a placebo works. There’s now a strong body of evidence that a dummy pill can activate the brain’s natural ability to produce the chemicals that we need.

Prof Tor Wager at the University of Colorado is a neuroscientist who studies what happens in the brain when people receive a placebo that they think is a painkiller.

“When we’ve given people a placebo treatment what we see is the release of endogenous opioids, which is the brain’s own morphine.

“What that means is that the placebo effect is tapping into the same pain control circuitry as opiate drugs like morphine.”

It seems that a dummy pill can do different things according to what you expect it to do.

In many ways of course our brains are natural pharmacies, constantly giving us chemical hits of one form or another – to stop pain, or to feel it; to energise us, or to calm us down, and it seems to be this in-built pharmacy that a placebo can trigger.

In fact, the drugs that we buy in a real pharmacy are often mimicking the chemicals that our brains produce themselves.

As Prof Wager puts it, “The placebo effect taps into our natural pharmacy.

“Drugs work because we have receptors for the drugs, and that means that there’s some endogenous chemicals that our brains are producing that act on those receptors – the receptors evolved to respond to those natural chemicals.”

Research into the power of the placebo is still in its infancy.

There is still an enormous amount that we don’t know: what exactly are the mechanisms by which it works? Why do placebos work on some people and not others?

But research in the field of placebo studies has boomed over the last decade, and the evidence is growing that a placebo effect can be a

Prof Stoessl says: “The placebo effect is real, quantifiable and in fact you’re doing quite well with an active therapy if you can get as good a response as the placebo response.”

And the more we understand it, the better our chances of harnessing the placebo effect, and making the most of the medicine in our minds.

Horizon’s The Power of the Placebo will be on BBC2 on Monday 17 February at 2100GMT.

Our digestive system has trouble with chocolate, which is why it may be good for us.Jim Manske’s insight:Validation that chocolate is a need!See it on Scoop.it, via Radical Compassion

“It’s the movies that have really been running things in American ever since they were invented. They show you what to do, how to do it, when to do it, and how to feel about it.” – Andy Warhol   Even if this fairly dramatic…

Welcome to Restorative Communication. We are an organisation dedicated to shepherding a more peaceful world, one person at a time. Our tools […]