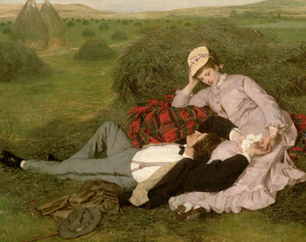 What is empathy, and why does it matter? The term, coined by a contemporary of Freud, goes back to the German word meaning “feeling into.” The English novelist Ian McEwan once wrote, “Imagining what it is like to be someone other than yourself is at the core of our humanity. It is the essence of compassion, and it is the beginning of morality.”

A slightly more scientific paraphrase might describe empathy as the ability of the brain to accurately mirror the emotions it perceives in another. Marci’s contribution to this field is the discovery that most empathy occurs at an unconscious level, evidence that our brains are hardwired for it.

Several years ago Marci conducted a study in which he sought to quantify empathy. Taking 20 patient/therapist pairs, he and colleagues measured the rate at which skin conducted electrical impulses in these subjects, as determined through their sweat production during sessions.

Empathy for Social ChangeEmpathy is not new to the toolkit of social change or education, and it continues to be a common trope of encouragement.Ashoka, one of the globally pioneering institutions for social change, has the need for cultivating empathy…

Brown asserts that empathy and shame are on opposite ends of a continuum. Shame results in fear, blame (of self or others), and disconnection. Empathy is cultivated by courage, compassion, and connection, and is the most powerful antidote to shame. &nb…

What recent event is going to be more defining for the Republican Party, Sen. Rob Portman’s about-face on gay marriage or thestridentrhetoric of the Conservative Political Action Conference? The GOP ought to pray it&rsquo…

To build a culture of empathy, we need to dramatically transform the justice system and place empathy at the center of it. Part of that system is the prison system. I talk with Fred Sly & Vika Miller from the Oregon Prison Project about how to tran…