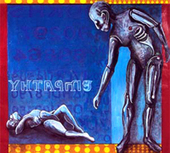 In the spring semester of 2005, the Scripps College Humanities Institute program will focus on Empathy.

\What does it mean to feel (or think) as another? When we consider the structure and obligations of social relationships, ourselves and others, justice and equality, reason, emotion, and values in politics and in social relationships, this is a topic of considerable interest. It is also, strikingly, a topic of various disciplines, sometimes, although not always, crossing the boundaries of those disciplines. Our work during the semester will be to pursue those intersections and blurring of disciplinary boundaries by bringing together scholars in such fields as neuroscience, philosophy, psychology, literary criticism, history, anthropology, art history, media studies, legal studies, and musicology.

One of the challenges of the semester will be to explore how—and why—”empathy” is a shared focal point in these otherwise very different enterprises. Why is it of such interest? What does it tell us about our human selves and about our relationships to others?

A new study examines how Asian elephants console one another in times of stress.========================Elephants are capable of empathy, a new study suggests.=========The findings, published in the journal PeerJ, describe how the animals reassure…

KEDRON RHODES Empathy isn’t enough to propel you forward, and it may be holding you back!The word empathy is having a moment in the sun right now, in large part due to the insightful work of Tom Kelley and Tim Brown of IDE…

I carry onI do my dutyI nurse an invisible acheI forget to eatI drink too muchI sleep too littleI care for others butI don’t care for myself…..See it on Scoop.it, via Empathy and Compassion

With David Hume looking over his their shoulders, Edwin Rutsch facilitates a new way for philosophers to dialog with each other about their views. Instead of a competitive debate, they try to empathize with each others feelings, needs,&n…