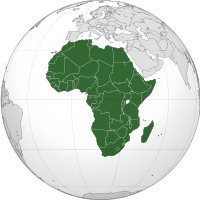 I remain a staunch apostle of capitalism for the singular reason that it encourages the development of talents and the creation of wealth. But in contrast, it lacks a human face; those empathic ethos that reminds us that we rise and fall together as a people.   I agree with a columnist Brian Brown when he argued that ‘’the economic and financial systems can be reformed so the poor and struggling earn their daily bread yet retain some dignity in so doing.’’ We need compassionate capitalism to create an empathy society.

Today, our society has lost its communal appeal. It was on that sense of community that our African traditional values were once anchored. A man could freely leave his wards in the sole care of a neighbour while he heads for the farm with his wife. Accounts from my grandmother revealed that giving was a fundamental virtue that thrived in these communities. But the story is not the same at present.

Compassion[/caption…See it on Scoop.it, via Empathy and Compassion

(With all that we are hearing, reading and experiencing daily, I thought reprinting this short excerpt from Unselfie: Why Empathetic Kids Succeed in Our All-About-Me World, by Michele Borba, would be a very good idea.)“What trait do kids rea…

Two researchers are calling for rigorous scientific exploration of MDMA (ecstasy) to identify exactly how the drug promotes strong feelings of empathy, according to a Commentary in the journal Cell. Such research may help researchers develop new t…

New research finds having a mobile device within easy reach divides your attention, even if you’re not actively looking at it.Afterwards, participants responded to a series of statements designed to measure “feelings of interpersonal connectednes…