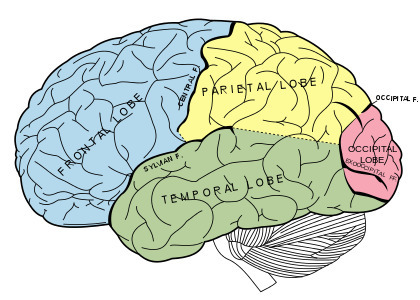 Empathy has been difficult for neuroscientists to analyze because it’s the product of many parts of the brain acting with one another in mysterious ways.

Simon Baron-Cohen, a neuroscientist and psychologist at the University of Oxford, has identified ten separate regions of the brain, each with its own special function, that comprise the “empathy circuit.” One critical part of this circuit is called the medial prefrontal cortex, or MPFC, which plays a role in comparing one’s own perspective to that of others. Other parts of the empathy circuit correlate with social judgments (the orbitofrontal cortex), awareness of the intentions and goals of others (the frontal operculum), recognizing emotion (the inferior frontal gyrus), and processing sensory stimuli (the somatosensory cortex).

But knowing which brain areas are associated with which individual functions still doesn’t present a clear picture of how these areas work, much less interact with one another.

by: Sheilla Jones As more and more employers recognize the value of empathy in improving creativity and productivity, they’ve begun including it in their job advertisements. “Empathy is the critical 21st century skill,” notes one of the software c…

Women in 50s and 60s show most empathy    Anyone looking for someone to feel their pain should talk to a woman in her 50s or 60s, a new report shows.    For according to the latest study of more than 75,000 adults, women in that age…

Here are Al’s tips for turning difficult conversations into easy ones:Keep calm. Don’t turn it into Godzilla vs. Rodan. (Samurai secrets of staying calm are here.Treat’em like a child. You can’t talk them out of emotional o…

With the inclusion of technology in the classroom and the growing popularity of 1:1 or BYOD, teachers, parents, administrators, and policymakers have been asking what kind of people will this kind of technology dependence create. Many believe that peop…