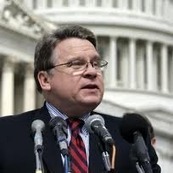 On Sunday, Senator Barack Obama criticized Americans for both our moral deficit and empathy deficit and called on us to be our brothers’ and sisters’ keepers.

Can Senator Obama not see, appreciate, or understand that the abortion culture that he and others so assiduously promote lacks all empathy for unborn children—be they Black, White, Latino, or Asian—and is, at best, profoundly misguided when it comes to mothers?

Why does dismembering a child with sharp knives, pulverizing a child with powerful suction devices, or chemically poisoning a baby with any number of toxic chemicals fail to elicit so much as a scintilla of empathy, moral outrage, mercy, or compassion by America’s liberal elite?

Abortion destroys the life of our “brothers and sisters” and the pro-abortion movement is the quintessential example of an “Empathy Deficit.”

In conflict resolution empathy is a central tool and way of being. And yet I remember that when I started in my first mediation course I was unsure of what it was.It even took a while to learn the difference between empathy and sympathy; (empathy being…

by:  Michelle Adams – Gordon Training InternationalWe all need people who will listen, who will give us what Dr. Carl Rogers referred to as minimal evaluative feedback (or Reflective Listening) and what was later named as Active Listenin…

Donating to charitable causes is generally perceived as a moral, prosocial behavior, but this may not always be the case. Though moral identity tends to have a positive effect on prosocial behavior, moralidentity does not unconditionally enhance charit…

Session 5: Balancing Compassion and Assertiveness Session Highlights:An in-depth conversation with Dr. Kelly McGonigal, senior teacher and consultant for the Stanford Center for Compassion and Altruism Research and Education and author of The Wil…