Home » News » The difficulty with empathy 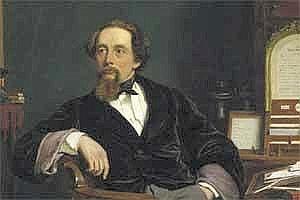 Earlier this week, the University of California, Berkeley, announced that a study comprising around 300 young adults from different ethnic and social backgrounds indicates that people from the “upper-middle and upper classes were less able to detect and respond to the distress signals of others”

Overall results, the news release explains, showed that when emotionally charged situations arise, the amount of empathy and compassion people show is inversely proportional to their socio-economic status. However, the researchers seemed eager to point out that this is not because richer people are bad people. Or that they are, in some way, “cold-hearted”. Instead, lead researcher and social psychologist Jennifer Stellar suggests richer people may not be capable of “recognizing signals of suffering” because they’ve seldom seen these signals.

Connelly Partners’ Millennial Mom Project followed a group of millennial moms recently over an eight-week period.  Although they share many of the maternal tendencies and traits of prior generations, there are very distinctive qualities and tenden…

Virtual reality has been hailed as an “empathy machine” for its ability to foment understanding by transporting people to worlds and experiences that differ from their own. The technology has also been criticized for inducing headaches and …

In the talk, Dr. Kristin Neff explains self-compassion. While I recommend you watch it yourself, here’s the gist: folks who practice self-compassion are good at treating themselves with kindness, especially when they fail or life is str…

Britta Hölzel is not your typical yoga teacher. Or your typical Ph.D. neuroscientist.In recent years, during fellowships at Harvard Medical School and elsewhere, Hölzel has co-authored a range of studies focused on the intersection …