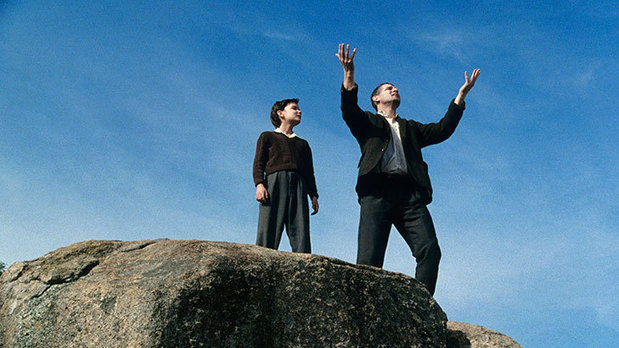 With the recent success of films such as Silver Linings Playbook and TV shows like Homeland and United States of Tara, there has been a marked shift in how mentally ill characters are portrayed on screen.

Dr Hopgood points to these guidelines as evidence of the shift towards empathy. “By moving away from stereotypes and stigmatising representations towards more accurate and sensitive portrayals, filmmakers and TV producers can develop a stronger emotional connection between a character who is mentally unwell, and the viewer,” she says. “The storytelling becomes richer, more creative, and ultimately more satisfying.”

This shift towards empathy is the focus

of an upcoming two-day event to be held

at The Dax Centre

This shift towards empathy is the focus of an upcoming two-day event to be held at The Dax Centre on 13 and 14 February.

The interdisciplinary symposium, Try Walking in My Shoes: Empathy and Portrayals of Mental Illness on Screen, will bring together filmmakers, academics, mental health professionals and the public to explore questions such as: How is mental illness represented in film and television? What emotions are elicited from the viewer?

So how do we create this culture of understanding without defensiveness? We create the best experience for everyone involved by harnessing the imagination of every person engaged in the process. Empathy in a leader has a far-reaching impact on a compan…

There has been a lot written about the importance of empathy within schools. As an educator, being able to relate and connect with our students is so important because it allows the classroom to become a community; a place where people feel safe and va…

Here you’ll find a mosaic of meaning and beauty that I hope will allow and foster depth. It is my belief that the more connected one is to his/her core ~ the better one can care for their personal ecosystem.Empathy begins with self.1) #Love: Why We Nee…

When the President of the United States and the Pope sit together and build a conversation on a foundation of empathy, it’s a poignant reminder of how powerful, necessary and meaningful the act can be in design and in life.We so often mention empathy a…