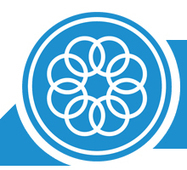 Our Letter to the President:

This 4th of July, we celebrate the 237th anniversary of the founding of our nation and the Declaration of our Independence. A signer of that Declaration, Benjamin Rush, along with Benjamin Banneker suggested the blue print for an Office of Peace. Having emerged victorious in war,

President George Washington stated that his first wish was “to see this plague of mankind, war, banished from the earth.”

We remember that the preamble of the Constitution, which you swore to uphold, establishes the national intent “to form a more perfect Union, establish Justice, insure domestic Tranquility, provide for the common defense, promote the general Welfare, and secure the Blessings of Liberty to ourselves and our Posterity.”

We continue to hold the dream of creating the conditions and institutions of sustained peace. Since our nation’s founding, ninety bills have been proposed to institutionalize peace and peacebuilding within our federal government. In the current Congress, H.R. 808 was recently re-introduced to provide for the creation of a U.S. Department of Peacebuilding, which would elevate peacebuilding as a national priority by researching and promulgating effective programs and policies that promote peaceful societies at home and abroad. Today, legislators and citizens are working together in partnership to further this cause as never before.

We long for peace in our lives, our families, our communities, our nation, and our world – – no less than all our sisters and brothers around the planet in all nations. And yet:

During the past century, our nation fielded soldiers in battle during sixty-four years of those years, and 231 million people died in wars and conflict – – most of them civilians (Milton Leitenberg in Deaths in Wars and Conflicts in the 20th Century).The United States currently ranks 100th in this year’s Global Peace Index of peaceful nations.Homicide is the second leading cause of death for children age 10-24 (CDC) – – ten times higher than in other leading industrial countries (World Health Organization).The U.S. has the highest incarceration rate in the world – higher than Iran, Iraq and China combined. (International Centre for Prison Studies)

We know, Mr. President, that with your help we can turn this tragedy around and begin to realize Dr. Martin Luther King’s beloved community.

The challenges of violence demand our full resources and attention. The disparity of focus and funding for war in contrast to peacebuilding is profound and disturbing. As you, yourself, have said: “A just peace includes not only civil and political rights — it must encompass economic security and opportunity. For true peace is not just freedom from fear, but freedom from want.”

We work. Today’s peacebuilders have seen first-hand that peace is contagious and spreads from our hearts to our fellow citizens as they bring respect for people and the planet to their work in every field of human endeavor. Your support and encouragement, Mr. President, will support the strengthening of restorative practices in the justice system and schools, violence prevention programs and policies, economic justice, supporting our military with complementary approaches to win the peace, and more.

WE ASK YOU NOW, Mr. President, to take a very thoughtful and powerful step toward a more perfect union, by creating an Office of Peacebuilding or Advisory Board within the White House.

As envisioned in the United States Department of Peacebuilding legislation (HR 808), the Office of Peacebuilding advise the President and Congress on the most sophisticated and effective policies and programs regarding peace-creation in communities.This office would support and complement existing agencies and programs that advance peace, which are already doing important work, such as: U.S. Institute of Peace, the Conflict

Stabilization Operations Bureau, Atrocities Prevention Board and others are doing work internationally, as well as the great violence cessation and peace focused initiatives happening within domestic focused agencies like in the Justice Dept. and Centers for Disease Control. We don’t want to see any funding or resources diverted from these agencies, but instead increased.Your Chief of Peacebuilding would be able to tap the large community of scholars and experienced peacebuilders for shovel-ready ideas and techniques metrically proven effective in preventing and reducing domestic and international violence and in promoting peace.

As nonviolence scholar Michael Nagler said, “Anything we can do to reduce violence anywhere will do something toward reducing violence everywhere.” Let us work together.

In her book Positivity, professor Barbara Frederickson provides a number of positive thinking exercises to increase happiness and good feelings. I’ve covered a lot of this research before so most of it wasn’t too surpris…

If you know about compassionate communication, you’re likely familiar with the ways that being mindful of each other, asking questions, and actively searching for ways to implement authentic connections can improve your life. Perhaps you celebrat…

Good leaders build a powerful team by sharing power, not by building themselves up (falsely) by imagining they can hoard power personally.I see leaders who imagine that they have more power than they actually do, and don’t really distinguish…J…

Daniel Goleman’s new book explores the research and practice of attention — which turns out to be a powerful tool to create positive change.  Here’s why he wrote the book – and why it matters to those of us committed …