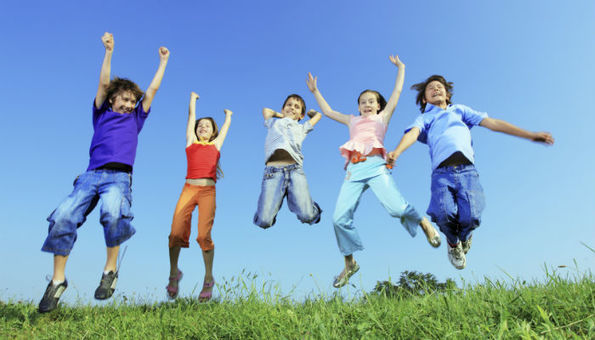 Physical activity performed together in unison could increase the empathy of kids as it helps children feel more positively toward one another.

Researchers have found that a physical activity performed together in unison or even a video game played together in sync on a computer could increase the empathy of kids as it helps children feel more positively toward one another.

The study showed that eight-year-olds reported a greater sense of similarity and closeness immediately after playing the video game in sync, those who played the same game but not in a synchronous way did not report the same increase in connection.

“Synchrony is like a glue that brings people together — it is a magical connector for people,” said lead author Tal-Chen Rabinowitch, postdoctoral fellow at the University of Washington.

“I think we all have empathy. We may not have enough courage to display it.” ~ Maya AngelouUnlike sympathy, empathy has the power to add positive emotion to an alluringly negative interaction, to negate or soften its influence and impa…

The lecture emphasized the role that verbal and nonverbal presence plays in establishing compassion in times of crisis.“We are living in a society where increasingly we are not present,” Tracy said. “Compassion begins with the choice …

by Jonathan S. TobinThe mainstream media hasn’t devoted any attention to it yet, but the latest Hillary Clinton gaffe in which she calls upon Americans to show “empathy” for ISIS will soon become another one of her greatest hits along…