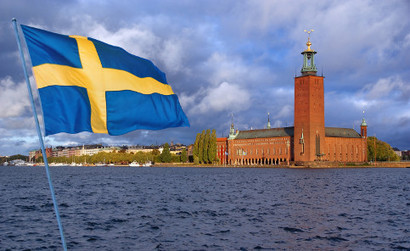 Precisely 200 years ago, on August 15th, 1814, Sweden entered a new era of peace. The last battle took its final breath on August 14th after the signing of the Convention of Moss, ending a brief war with Norway sparked by the nation declaring its independence.

The war would be Sweden’s last.

“Sweden as a nation has not participated in war for 200 years,” Peter Wallensteen, senior professor of peace and conflict research at Uppsala University, told The Local.

How has Sweden managed to stayed out of war for two entire centuries?

“Primarily by luck,” Foreign Minister Carl Bildt told The Local on Friday.  Wallensteen pointed out that Sweden has contributed forces to UN peacekeeping operations, has an active military and a thriving arms industry, and that the definition of peace is debatable.

Nor does avoiding war mean that Sweden is officially neutral. Sweden left its policy of neutrality  when it joined the EU in 1995, opting instead for “non-alignment”.

“But there is an absence of the use of political violence in the country, no international wars, no civil wars, and no military coups,” Wallensteen explained. Due to Switzerland’s unfortunate civil war in 1847, Wallensteen said, Sweden’s tally even beats the capital of neutrality.

All of the Scandinavian nations had a chance at taking the prize longest reign of peace, Wallensteen said, since they stayed out of the first world war. It was during World War II that things started falling apart. Sweden never officially took a side in World War II – but the nation has received harsh international criticism for letting the Nazis use Swedish railways to travel to and from Germany and Finland from invaded neighbour Norway, questioning the image of neutrality and indeed casting a light of shame and cowardice upon the country.

But historians say Sweden did not favour Germany. Rather, Sweden took the most non-confrontational stance it could. During the war posters were hung on building walls with a yellow and blue tiger, and the words “en svensk tiger” – translating both as “a Swedish tiger” and “a Swede keeps his mouth shut”. According to Wallensteen, this attitude is not native, but learned. “Politicians realized as far back as 1905, after the treaty with Norway, that war creates lasting animosity. But solutions create lasting cooperation where everybody benefits.”

Today Swedes have a reputation for being reserved and non-confrontational. How did the war-faring Vikings and mighty kings of the late Empire of Sweden transform into humble striped cats? “I think that Swedes have learned it doesn’t pay to engage in violent conflict,” Wallensteen told The Local. “There is an attitude of strong conflict awareness. There is a willingness to find solutions that work, solutions that are pragmatic, practical, and rational.”

The Swedish climate of compromise, Wallensteen said, grew from experience. “People do take a stand, but they do not take a stand so incompatible with others that discussion becomes impossible. Due to long historical experience, Swedes are willing to open up to negotiation.” Wallensteen said that the paradigm shift made a difference not just on the international scale and in peace-keeping issues, but also on the domestic front. “I think there was a cultural shift away from viewing war as honourable and great to a much more civilian understanding of what is good in society,” Wallensteen said.  “And in the Swedish case that means work hard, develop new industries, build welfare, be involved in national affairs… These kinds of values have gradually become more important than being engaged in military operations.”

But will the “peace” – or simply war avoidance – continue? “Peace must be created, secured, and continuously nurtured by dialogue and diplomacy,” Bildt told The Local.  “Prediction is difficult,” Wallensteen said after brief hesitation. “But I hope so. There is an atmosphere of inclusivity, a willingness in Sweden to integrate everyone and build a tolerant society.”

Sweden’s terror threat level has remained “high” since a botched suicide bombing in Stockholm in 2010. Reverberations from the riots of 2013 are still being felt. Anti-Semitism is on the rise, and an increasing number of Swedes are engaging in violent extremism abroad. “All that was happening before as well,” Wallensteen remarked. “The important thing is how society as a whole reacts to it – and society is clearly against it and tries to make counter moves. In the riots, for instance, counter moves include integration projects instead of sending in police. It’s a classical Swedish way of dealing with things.” Wallensteen said it would be interesting to see how the extremist Swedes fighting abroad would be handled. “But again, I think the solution is to think about it in terms of prevention, what went wrong, and what we need to do better.”

Foreign Minister Carl Bildt stressed that peace in Sweden is not the only priority in the globalized society of today, however – and Sweden cannot float on the status quo, but must engage actively to continue peace.”Let’s not forget that peace is far away in many places,” Bildt told The Local. “Europe is in the most difficult strategic times that I can remember. The situation is extremely fragile to the east and to the south. The Syrian war has created a massive humanitarian disaster, and the recent developments in Iraq are also alarming.” “In this respect, let’s hope the coming 200 years will be more successful for the world than the previous ones.”

When it comes to making strong, objective decisions, you’re about the last person on earth you should trust. So today, we’re taking a page from Seinfeld’s George Costanza.See it on Scoop.it, via Radical Compassion

Buried at the very bottom of a fact sheet released at yesterday’s White House Solar Summit is a striking statistic: “Every four minutes, another American home or business goes solar, supporting workers whose jobs can’t be ou…

Sotomayor said she attempts to bring empathy to her decisions by seeing herself “in the other person’s shoes.” “It is that empathy, in my judgment, that is necessary for judges to have in their written opinions,” she …