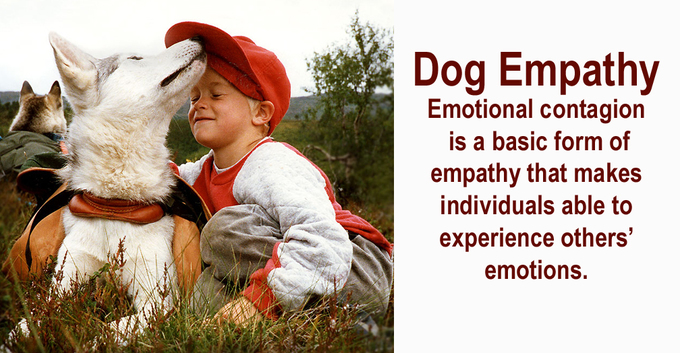 Emotional contagion is a basic form of empathy that makes individuals able to experience others’ emotions.

In human and non-human primates, emotional contagion can be linked to facial mimicry, an automatic and fast response (less than 1 s) in which individuals involuntary mimic others’ expressions. Here, we tested whether body (play bow, PBOW) and facial (relaxed open-mouth, ROM) rapid mimicry is present in domestic dogs (Canis lupus familiaris) during dyadic intraspecific play.

At a time when religiously motivated violence seems to be more horrific and terrifying than ever, what would it take to transition our world to one of interfaith harmony and peace?It may seem pollyanna to wonder and idealistic to even ask if such a thi…

Learn seven ways to improve your empathy and deliver outstanding customer service in the process.One of the four traits of the customer service masters is empathy. Empathy is the ability to put yourself in the other person’s position, to feel and…

Atheists and others who don’t adhere to a religion often say they can be good without God. Now, three new studies appear to back them up.   “Across three studies, we found compassion played a much bigger role in the way that less relig…

Tactical Empathy refers to the active intelligence gathering of a professional investigator who is attempting to learn what a person is thinking in an attempt to learn how to generate his/her voluntary compliance, cooperation, and collaboration.Develop…