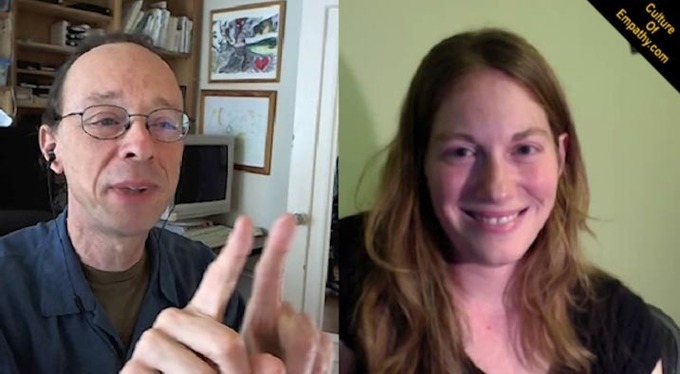 Musical group interaction (MGI) is a complex social setting requiring certain cognitive skills that may also elicit shared psychological states. We argue that many MGI-specific features may also be important for emotional empathy, the ability to experience another person’s emotional state. We thus hypothesized that long-term repeated participation in MGI could help enhance a capacity for emotional empathy even outside of the musical context, through a familiarization with and refinement of MGI empathy-promoting musical components (EPMCs).

We tested this hypothesis by designing an MGI programme for primary school children consisting of interactive musical games implementing various EPMCs. We ran the programme for an entire school year and compared the emotional empathy of MGI children to control children using existing and novel measures of empathy before and after the programme. Our results support our hypothesis: MGI children showed higher emotional empathy scores after the study compared to its beginning, and higher scores than control children at the end of the study.

These findings shed new light on the emotional processes involved in musical interaction and highlight the remarkable potential of MGI for promoting positive social-emotional capacities such as empathy.

I have the answer to cure all the violence in the world today. Or I will do as soon as the predictions of Dr Michio Kaku come true and a particular kind of future tech is invented. See it’s all about empathy…Simon Baron-Cohen, professor of…

At its simplest, empathy is the awareness of the feelings and emotions of other people. It goes beyond sympathy, which is often thought of as feeling for someone, and instead, is feeling with that person. When we are empathetic toward someone else…

Restorative justice, realized in many states and localities as a new framework, views and responds to youth crime with a different lens….The national political will continues to shift towards the power of restorative justice, and its efficacy and tan…

Human beings are certainly capable of selfish, even cruel, behavior. A quick scan of any daily newspaper quickly reveals numerous unkind, selfish, and heinous actions. The question then is why don’t we all engage in such self-serving behavior all the t…