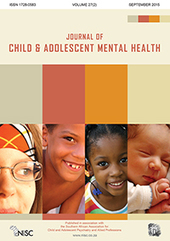 In a context of disturbing rates of violent crime, this pilot study initiated examination of the association between empathy and aggressive behaviour in young Western Cape children. Establishing which empathy measures are appropriate for our context was a primary concern.

We also found several associations between aspects of empathy, consistent with the international literature. Cognitive empathy, as measured by first-order false belief reasoning, was not well established, suggesting that other more complex social cognitive tasks were inappropriate for this age group in our context.

Sara Konrath’s single mom struggled to raise her large working-class family until an older woman in the community named Ruth befriended them, helping out in every way she could until she became a surrogate grandmother.”Her amazing care and empathy has …

The Deseret News assembled a panel to review the many benefits of theater for young audiences in recognition of the World Day of Theatre for Children and Young People.Children learn social skills through theater, and the experience gleaned through both…

But as Discovery magazine reported, there is one thing rats do seem to really care about: each other.Some scientists ran an experiment to demonstrate that. Here’s how it worked:The scientists put a rat in water (which rats hate). Not enough to hurt the…

However, I believe the answer lies mainly with the absence of empathy. Both the German people and the Third Reich leadership of Adolf Hitler had lost the ability to empathise. They had become immune to evil. And so, what is this empathy?To one of the w…