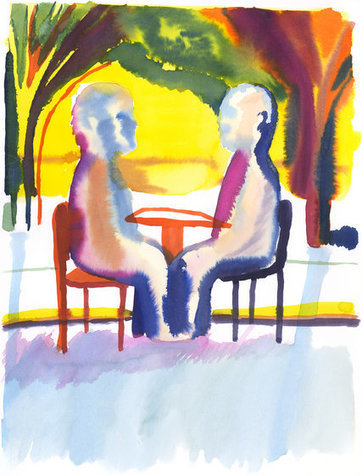 In 2010, a team at the University of Michigan led by the psychologist Sara Konrath put together the findings of 72 studies that were conducted over a 30-year period. They found a 40 percent decline in empathy among college students, with most of the decline taking place after 2000.

Across generations, technology is implicated in this assault on empathy. We’ve gotten used to being connected all the time, but we have found ways around conversation — at least from conversation that is open-ended and spontaneous, in which we play with ideas and allow ourselves to be fully present and vulnerable. But it is in this type of conversation — where we learn to make eye contact, to become aware of another person’s posture and tone, to comfort one another and respectfully challenge one another — that empathy and intimacy flourish. In these conversations, we learn who we are.

Of course, we can find empathic conversations today, but the trend line is clear.

Sensitive men are incredibly attractive. They are path-forgers in the new paradigm of the evolved man. Strong and sensitive. Intuitive and powerful. They’re able to give and receive love without ambivalence, being “unavailable,” or commitment phobia.&n…

In my last blog post, I recommended books that parents and teacher can purchase to help the children in their lives develop a sense of empathy.  Today, I’d like to share some tips developed by Gwen Dewar, Ph.D. and published in Parentin…

Learner empathy is critical for all formal education efforts, not just associations.Our goals as educators or learning environment designers should always be to do something “for” learners as opposed to doing something “to” them…