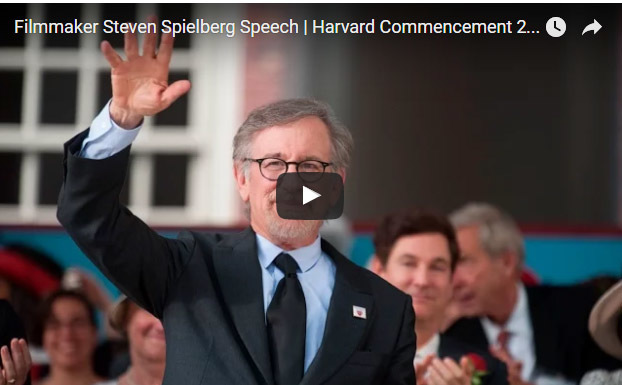 There’s still so much work to be done, and sometimes I feel the work hasn’t even begun. And it’s not just anti-Semitism that’s surging — Islamophobia’s on the rise, too. Because there’s no difference between anyone who is discriminated against, whether it’s the Muslims, or the Jews, or minorities on the border states, or the LGBT community — it is all big one hate.

And to me, and, I think, to all of you, the only answer to more hate is more humanity. We gotta repair — we have to replace fear with curiosity. ‘Us’ and ‘them’ — we’ll find the ‘we’ by connecting with each other.

And by believing that we’re members of the same tribe. And by feeling empathy for every soul — even Yalies.

… But make sure this empathy isn’t just something that you feel. Make it something you act upon.

Worried about the shrinking presence of empathy in our schools? I know how you feel.With classrooms operating more like grade factories, it’s hard to make the case for school-driven empathy. Faced with an endless cycle of memorize, drill, spit back and…

When I attended the Emerging Women Live event in October I found so much inspiration. One of the brightest lights was Kristin Neff, Ph.D., the author of Self-Compassion (William Morrow). Kristin lectures worldwide and is featured in the bestsellin…

The common denominator of all types of bullying is a lack, or erosion, of empathy. Nurturing empathy, a potential that is present in almost all children, is therefore at the heart of interventions to prevent bullying. In the end, Bazelon raises a …

On the June 23, 2013 edition of Work with Marty Nemko, Jeremy Adam Smith, from UC Berkeley’s Greater Good Science Center and I will discuss  gratitude and compassion in today’s workplace: quaint but unrealistic ideal and/or crucial missing in…