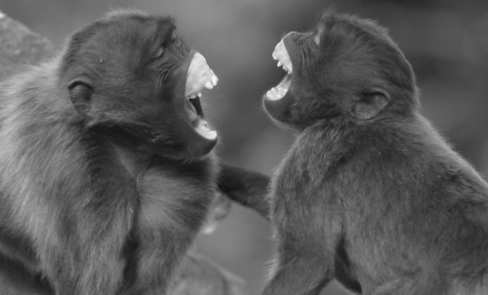 The ability to mimic the facial expressions of others is thought to be linked to empathy. It’s known that humans and orangutans “ape” each other in this way, but gelada monkeys appear to do it too, a new study shows.

“This mimicry relates to an internal emotional connection,” said neuroscientist Pier Francesco Ferrari of the University of Parma in Italy, who co-authored the study published March 28 in the journal Scientific Reports. It shows that “basic forms of empathy are present in other species that are not apes,” Ferrari told LiveScience.

Does watching TV and playing video games affect our empathy and willingness to engage in pro-social behavior? The results of this study were recently published in the article “Long-Term Relations Among Prosocial-Media Use, Empathy, and Prosocial …

Compassion Week is a joint initiative of the Tenzin Gyatso Institute, Stanford University’s CCARE, The Charter for Compassion, and Dignity Health, and it coming to San Francisco in a few weeks time. It will include 5 days of events featuring…