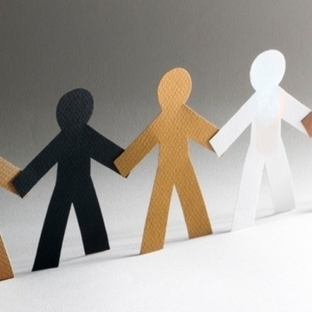 MIT neuroscientists explore how longstanding conflict influences empathy for others.

MIT postdoc Emile Bruneau has long been drawn to conflict — not as a participant, but an observer. In 1994, while doing volunteer work in South Africa, he witnessed firsthand the turmoil surrounding the fall of apartheid; during a 2001 trip to visit friends in Sri Lanka, he found himself in the midst of the violent conflict between the Tamil Tigers and the Sri Lankan military.

Those chance experiences got Bruneau, who taught high school science for several years, interested in the psychology of human conflict. While teaching, he also volunteered as counselor for a conflict-resolution camp in Ireland that brought Catholic and Protestant children together. At MIT, Bruneau is now working with associate professor of cognitive neuroscience Rebecca Saxe to figure out why empathy — the ability to feel compassion for another person’s suffering — often fails between members of opposing conflict groups.

Kim, Sarah and Elle discuss promoting empathy, reflection, safety, and compassion in relationships between adults and the infants and toddlers in their care.   Elle works as a life and business coach and has over 10 years experiencein the field of…

Matthieu Ricard is a Buddhist monk who left a career in cellular genetics to study Buddhism in the Himalayas over forty-five years ago. He is an internationally bestselling author and an active participant in the current scientific research of the effe…

‘People who work in the field of health care, whether they are physicians or have a career in medical assisting, are the caregivers of patients. Filling this role means working in an emotionally challenging environment and doing your best to affec…