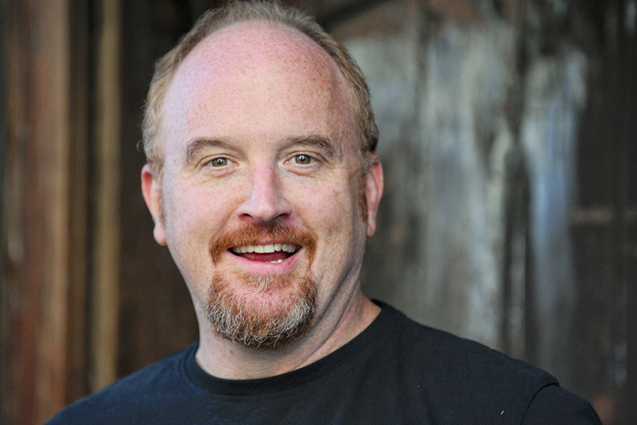 The comedian Louis C.K. has a routine in which he talks about his daughter’s understanding of fairness. He begins, “My five-year-old, the other day, one of her toys broke, and she demanded that I break her sister’s toy to make it fair.” This would make the sisters equal but the joke here is that something here doesn’t feel right: “And I did. I was like crying. And I look at her. She’s got this creepy smile on her face.”

Other intuitions about fairness are simpler. Imagine you have two toys and two children, and you give both toys to one child. If the other child is old enough to speak, she will object. She might say “That’s not fair!” and she’d be correct. An even split would maximize the overall happiness of the children — give each child one toy and they’re both happy; divide them unevenly, and the child who gets nothing is miserable, her sadness outweighing the extra pleasure of the child who gets two. But more to the point, it’s just wrong to establish an inequity when you don’t have to.

Things quickly get more complicated. Questions about equality and fairness are among the most pressing moral issues in the real world. For instance, most everyone agrees that a just society promotes equality among its citizens, but blood is spilled over what sort of equality is morally preferable: equality of opportunity or equality of outcome. Is it fair for the most productive people to possess more than everyone else, so long as they had equal opportunities to start with? Is it fair for a government to take money from the rich to give to the poor — and does the answer change if the goal of such redistribution is not to help the poor in a tangible sense, but just to make people more equal, as in Louis C.K.’s story of breaking his other daughter’s toy?

The psychologist William Damon, in a series of influential studies in the 1970s, used interviews to explore what children think about fairness. He found that they focus on equality of outcome, and ignore other considerations. As an illustration, consider this snippet from one of his studies (children are being asked about an uneven division of pennies).

Experimenter: Do you think anyone should get more than anyone else?

Experimenter: Clara said she made more things than everybody else and she should get more money.

Anita: No. She shouldn’t because it’s not fair for her to get more money, like a dollar, and they get only about one cent.

Experimenter: Should she get a little more?

Anita: No. People should get the same amount of money because it’s not fair.

You see the same equality bias in younger children. The psychologists Kristina Olson and Elizabeth Spelke asked 3-year-olds to help a doll allocate resources (such as stickers and candy bars) between two characters who were said to be related to the doll in different ways: sometimes they were a sibling and a friend to the doll; at other times, a sibling and a stranger, or a friend and a stranger. Olson and Spelke found that when the 3-year-olds received an even number of resources to distribute, they almost always wanted the doll to give the same amount to the two characters, regardless of who they were.

The equality bias is strong. Olson and another researcher, Alex Shaw, told children between the ages of 6 and 8 a story about “Mark” and “Dan,” who had cleaned up their room and were to be rewarded with erasers: “I don’t know how many erasers to give them; can you help me with that? Great. You get to decide how many erasers Mark and Dan will get. We have these five erasers. We have one for Mark, one for Dan, one for Mark, and one for Dan. Uh oh! We have one left over.”

When researchers asked “Should I give [the leftover eraser] to Dan or should I throw it away?” the children almost always wanted to throw it away. The same finding held when researchers emphasized that neither kid would know about the extra eraser, so there could be no gloating or envy. Even here, the children wanted equality so much that they would destroy something in order to achieve it.

I wonder if adults would do the same. Imagine being given five 100 dollar bills, to be placed into two envelopes, with each envelope to be sent to a different person. There’s no way to make things equal, but, still, would you really put the fifth bill into a shredder? The children in the Shaw and Olson studies seem to care about equality a little bit too much, and one might wonder if this single-minded focus is due to their experiences outside of the home. After all, the preschools and daycare centers where American psychologists get most of their subjects are typically institutions in which norms of equality are constantly beaten into children’s heads; these are communities where every child gets a prize and everyone is above average.

This sort of experience probably has some influence. But there are a series of recent studies showing that an equality bias emerges long before school and day care have a chance to shape children’s preferences.

In one of these studies, the psychologists Alessandra Geraci and Luca Surian showed 10- and 16-month-olds puppet shows in which a lion and a bear each distributed two multicolor disks to a donkey and a cow. The lion (or the bear, on alternate trials) would give each animal one disk and the bear (or the lion) would give one animal two disks and the other nothing. The children were then shown the lion and the bear and asked, “Which one is the good one? Please show me the good one.” The 10-month-olds chose randomly, but the 16-month-olds preferred the fair divider.

The psychologists Marco Schmidt and Jessica Sommerville did a similar study with 15-month-olds, using actual people instead of toy animals, but again showing a fair division and an unfair division. They found that the 15-month-olds looked longer at the unfair division, suggesting that they found it surprising. (A control study ruled out the explanation that toddlers just look longer at asymmetric displays.)

Other research suggests that children can sometimes override their focus on equality. In an experiment by psychologists Stephanie Sloane, Renee Baillargeon and David Premack, 19-month-olds observed as two individuals playing with toys were told by a third party to start cleaning up. When both individuals cleaned up, the toddlers expected the experimenter to later reward them equally, looking longer if she didn’t. But when one character did all the work, and the other was a slacker who continued to play, babies looked longer when the experimenter rewarded both characters, presumably because they didn’t expect equal reward for unequal effort.

Also, when given an uneven number of resources to distribute, children are smart about what to do with the extra resources. As mentioned above, 6- to 8-year-olds would rather toss away a fifth eraser than have an unequal division between two characters who cleaned a room. But if you just add one sentence ― ”Dan did more work than Mark” — almost all children change their answers. Instead of throwing away the eraser, they want to hand it over to Dan. Remember also the experiment where children got to distribute resources through a doll and, when there was an even number of resources, tended to distribute them equally. The same researchers found that if there is an odd number of resources and children weren’t given the option of throwing one away, 3-year-olds would have the doll give more to siblings and friends than to strangers; give more to someone who had previously given the doll something than someone who hadn’t; and give more to someone who was generous to a third person than to someone who wasn’t.

Young children don’t know everything. Some experiments that I’ve done with the psychologists Koleen McKrink and Laurie Santos find that older children and adults think about relative generosity in terms of proportion — an individual with three items who gives away two is “nicer” than someone with ten items who gives away three — while young children focus only on the absolute amount. And other studies find that our understanding of the factors that can justify inequality — such as luck, effort and skill — develop even through adolescence.

What we do see at all ages, though, is an overall bias toward equality. Children expect equality, prefer those who divide resources equally, and are strongly biased to divide resources equally themselves. This fits well with a certain picture of human nature, which is that we are born with some sort of fairness instinct; we are natural-born egalitarians. As the primatologist Frans de Waal puts it: “Robin Hood had it right. Humanity’s deepest wish is to spread the wealth.”

Jim Manske’s insight:
From a libran point of view, I can say this seems like a fair article. 🙂 Happy Gratitude week. May you thrive!

A ”buddha brain” is one that knows how to be deeply happy, loving, and wise. We develop ourselves in this way by cultivating wholesome qualities and uprooting unwholesome ones. In a sense, we plant flowers and pull weeds in the garden…

So you want to know how to win every argument? Stop trying. Not that passivity is the most effective strategy but if you’re thinking about “winning” you’re already headed down the wrong path. From a neuroscience perspective, “When an arg…

“”I have a dream… for Iceland” News of Iceland … Research center for Arctic studies, climate change and global warming. Research and development of electric cars. Peace conferances and peace talks.”See it on Scoop.it, via Radical Compas…

Students in Matamoros, Mexico weren’t getting much out of school — until a radical new teaching method unlocked their potential.Jim Manske’s insight:A long read, and worth it! Inspiring!See it on Scoop.it, via Radical Compassion