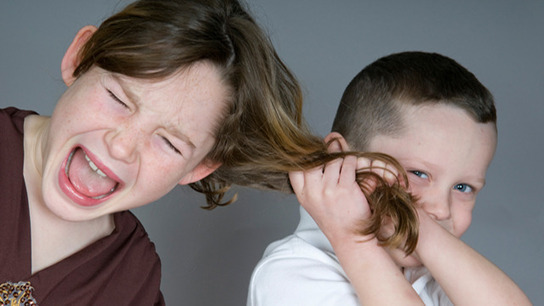 Science finally caught up to last week’s episode of 30 Rock on Monday, when a biologist from Emory University announced the results of research which discredit the theory that humanity is nasty (and naughty) by nature.

According to researcher Frans de Waal, new studies on animals from primates to mice show there is a biological basis for behavior such as cooperation.

Until recently, the common scientific view was that humans, inherently “nasty” at their core, had been forced to develop an unnatural veneer of morality in order to function as a society.

High self-esteem is a great thing to have, right? In sport and exercise, we think of self-esteem as vital in helping to maintain performance levels, as well as keeping up the motivation to push that little bit harder in the gym or while running on the …

Various studies show that the more empathy a child displays, the less likely they are to engage in bullying, online and in real life. Empathic children and adolescents are more likely to engage in positive social behaviors, like sharing or helping othe…

Developing empathy allows us to identify our shared humanity. Roots of Empathy was born to draw the curtain on cruelty and build a bridge which connects us to one another, to our shared feelings. The absence of empathy is a common denominator in …

What is the common denominator, the central thread running through these policy choices? It’s not just compassion, defined as a sympathetic awareness of others’ distress together with a desire to alleviate it; it’s empathy — the…